Guide to rowingAll the terms you'll need to be a professional rower.
27 July 2017

A whisker away from glory at Cambridge Town Bumps 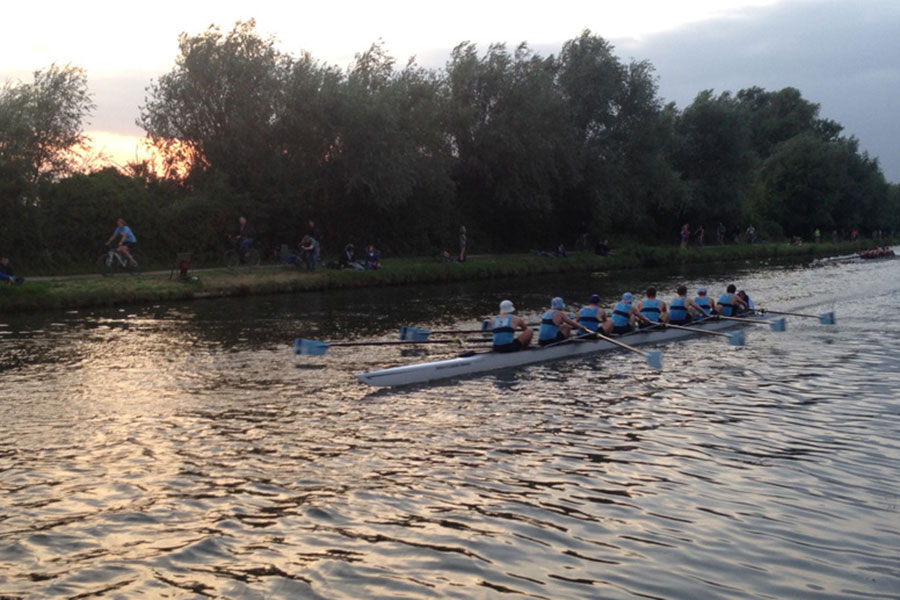 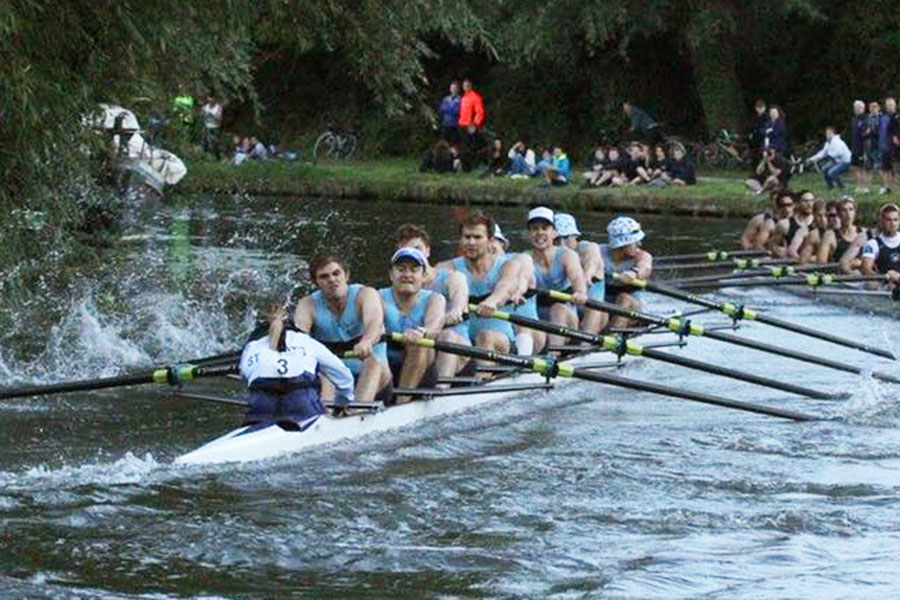 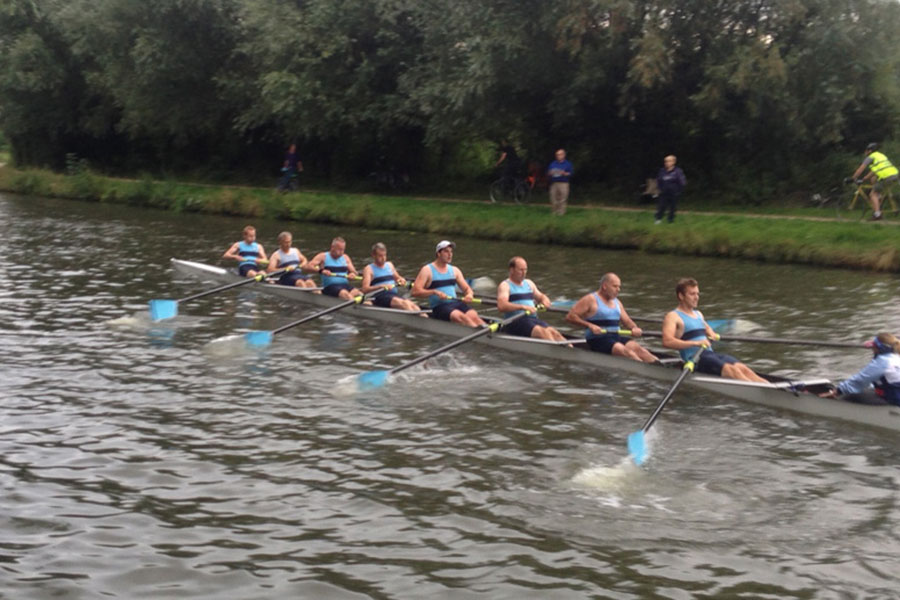 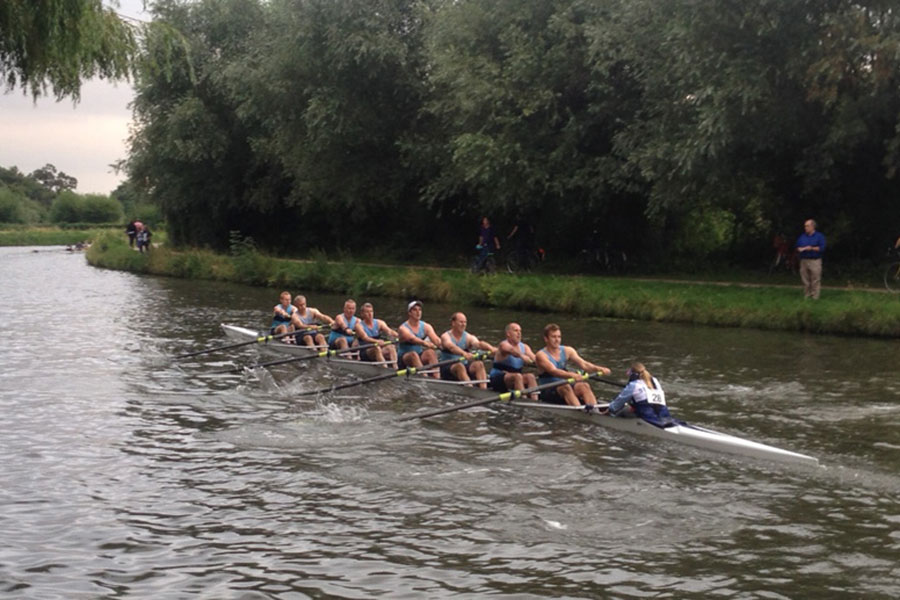 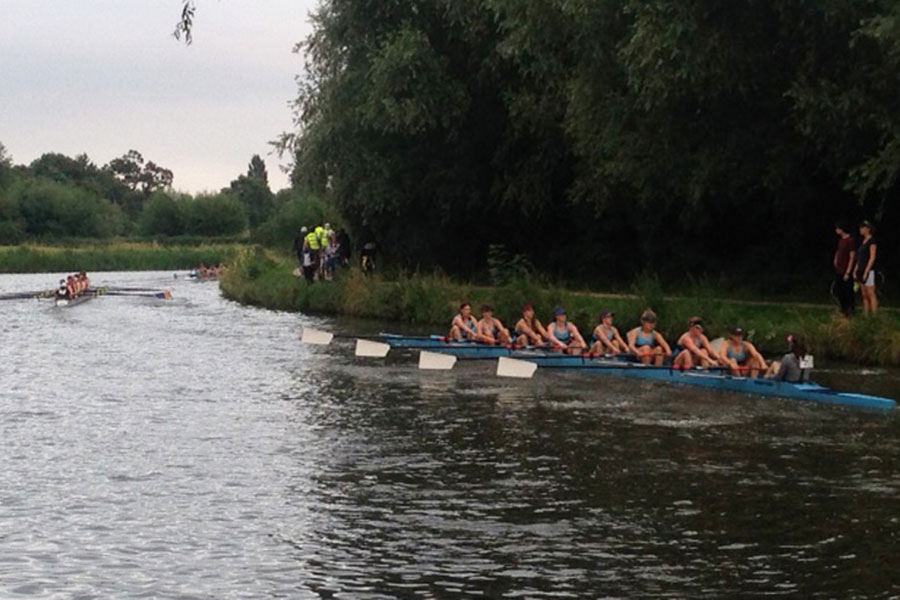 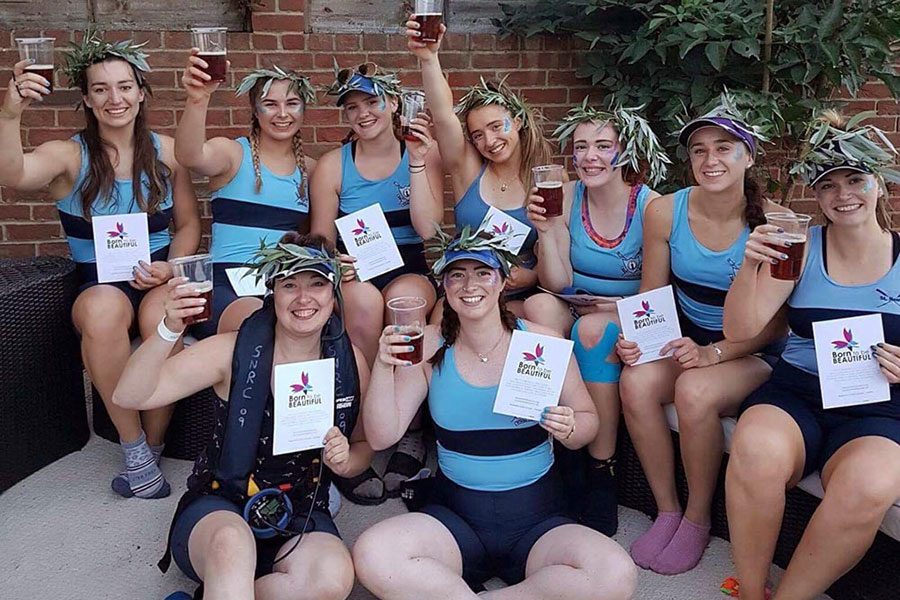 Our men’s first eight came within a whisker of claiming a historic Headship title at this year’s Cambridge Town Bumps. There was also success for our men’s second and ladies’ first eights, but it was a frustrating few days for the women’s second crew.

The M1 crew wasted no time in mounting a strong Headship challenge this year, bumping Rob Roy 1 on the first night just after passing The Plough pub. That placed them second in the men’s top division, with the challenge of chasing down a formidable Cantabrigian 1.

The second and third nights resulted in row overs, so it was a case of do-or-die on the final night. Our men stormed out of the blocks and got to just a quarter of a length from the Headship, but after putting everything into the start their legs gave in at The Plough and Cantabs rowed away to retain their title, leaving our guys to row over once again and finish in second place.

The W1 crew spent the first two nights chasing City 2 hard in the women’s top division, getting to within half a length on both occasions. They finally caught them on the third evening at The Plough – prompting big celebrations from our pumped-up ladies – before repeating the feat on the final night to bump Cambridge 99. This stunning performance places them fifth in the division for next year, the highest position ever reached by a St Neots women’s crew in the Bumps.

Our M2 crew picked up where they left off last year in the men’s second division. They bumped Champs 2 on the first night, had a row over the following night and then dashed through Rob Roy 4 just a couple of hundred metres from the start on night three. Another fast start on the Friday made light work of X-Press 3, leaving them in eighth place in the division.

Having made their Bumps debut in fourth place in the men’s third division, in 2014, our M2 boat has now climbed an astonishing 13 places in just 16 nights.

The week started well for our W2 crew in the women’s second division, as they bumped Champs 5 just after the A14 bridge. A solid start on the Wednesday put pressure on X-Press 2, but they couldn’t quite reach the Cambridge boat and so had to settle for a row over.

Sadly it was downhill from there, as our ladies were chased down on nights three and four by impressively fast crews from Cantabrigian. They ended their 2017 campaign in 14th place in the division, dropping one place overall.

The women’s Headship was, like the men’s, won by Cantabrigian. The John Jenner Trophy, awarded to the club that achieves the most bumps throughout the event per number of boats entered , and which we have won five times in the past seven years, went to Isle of Ely.

Club captain Steve Fox was quick to congratulate everyone who took part and supported our crews throughout the four-day event. “Well done to all of our rowers who gave some of Cambridge’s strongest clubs a real run for their money at this year’s Bumps,” said Steve. “Our only crew to lose ground was the W2, but for some of them this was their first taste of competing at the Bumps, and the experience will hopefully stand them in good stead for 2018.

“Huge thanks also to everyone who supported our rowers, whether as marshals and bank party or organising entries and transport. Our strong performances would not have been possible without Kieron Marriner, Corinne Henson, Lynne Taylor, Yvette Hennessey, Ali Young, Alistair Mackie, Helen Knowles, Andrew Lawrence, Tasha Wilson, Josh Dexter, Jim Farrell, Graham Mailer, Alistair Hamilton and Karl Zwetsloot. And last, but not least, well done to our vice captains, Stuart Williams and Jaione Echeveste, for organising training and crews before and during the event.”