Guide to rowingAll the terms you'll need to be a professional rower.
12 May 2017 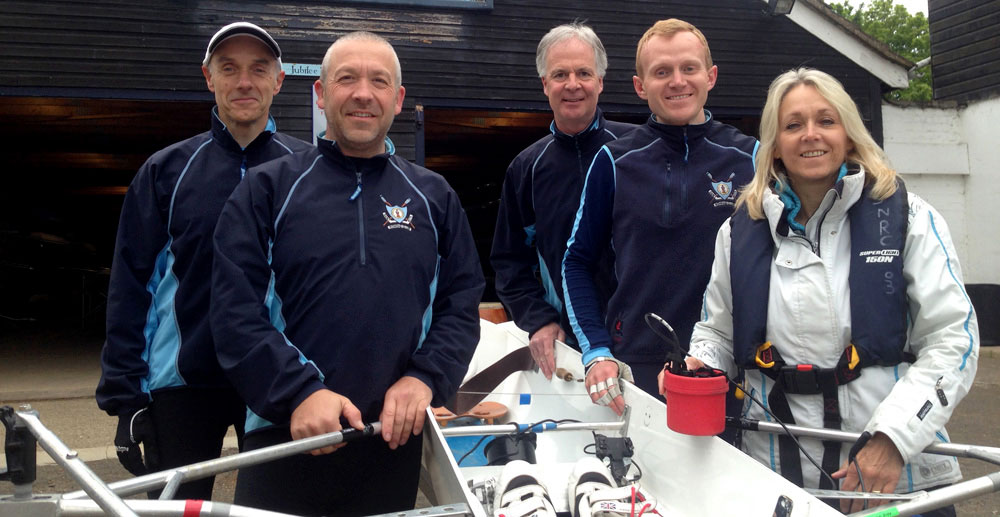 A group of rowers from St Neots are attempting one of the sport’s most formidable challenges – the Ringvaart 100km marathon in Holland.

Dave Cullen, Kieron Marriner, Karl Zwetsloot, Tim Neill and cox Debra Hellett (pictured above) are taking part in the event on 7 June. They face a monster route that starts in the university city of Leiden, follows the Ringvaart (Ring Canal) that includes a loop around Amsterdam’s Schiphol Airport and then goes on to the finish in Delft. The annual event attracts more than 150 crews from all over the world, but the St Neots crew is one of just two from the UK taking part this year.

The first competitors will set off at about 5.30am. Most will row for between eight and 14 hours, although checkpoints along the way allow the chance to feed, hydrate and stretch. There’s even an extended rest at the 88km mark that includes hot food and the chance to soothe sore limbs while enjoying a beer.

After crossing the line, competitors can use whatever energy they have left to celebrate at a special post-race all-night music festival.

“We’ve been training hard for the event since January,” said strokeman Dave Cullen. “Our training to date has included rowing up to 50km in a single session. We’re planning to increase this further before we go and are confident that, on the day, we’ll have enough in our tanks to finish in a decent time.”

The regatta will be especially poignant for Karl Zwetsloot, because the route passes through his father’s home town of Hillegom. “Rowing through my ancestral home will add a different dimension for me, especially when combined with the honour of flying the flag for St Neots,” said Karl. “As well as all the training, I am working hard on my Dutch to fulfil my unofficial role as crew translator.”

The St Neots crew is using the event to raise money for two charities: Alzheimer’s Research UK and the East Anglian Air Ambulance. They’ve set themselves the target of raising £250 for each charity and people can donate through the links above.