Guide to rowingAll the terms you'll need to be a professional rower.
19 June 2022 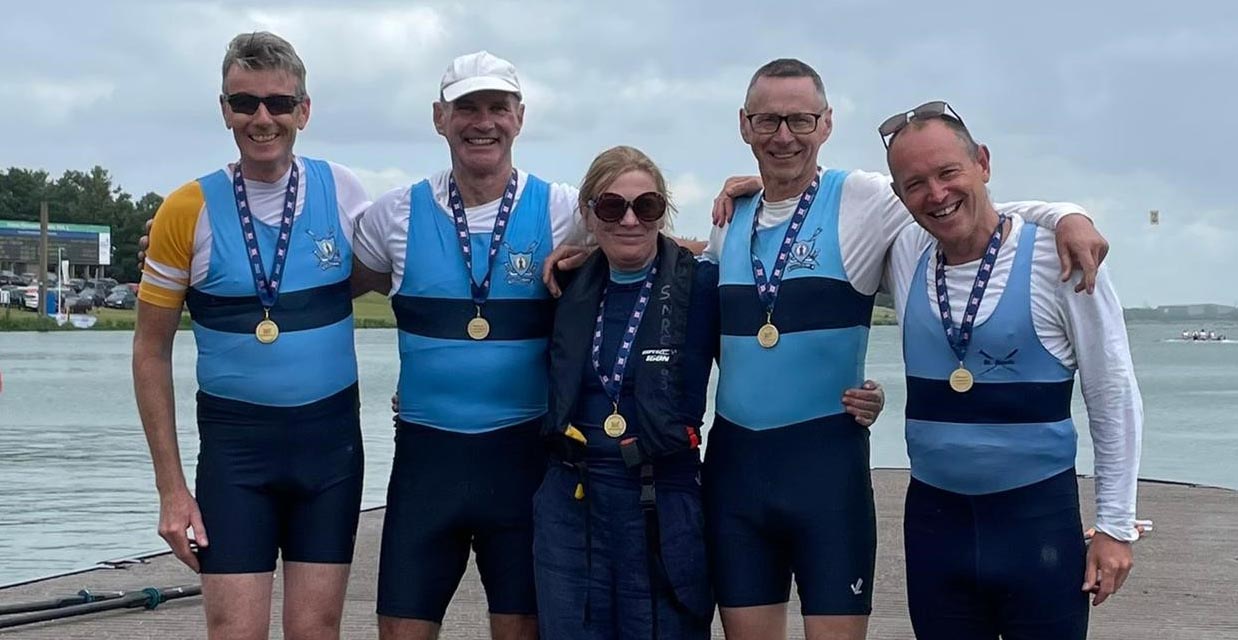 The crew of Kevin Sadler, Jim Farrell, Bob Hetherington and Stuart Williams, plus cox Rachel Tackley, beat Belfast Rowing Club in the final of the masters D-F coxed four-category by eight seconds – despite a strong headwind and choppy conditions at the National Watersports Centre in Nottingham. The start was delayed slightly because crews had difficulty attaching themselves to the stake boats, but St Neots took an early lead and the result was never in doubt.

The crew almost made it a double celebration later in the day, in the final of the coxless fours event, when they were pipped to the post by Grosvenor Rowing Club.

Competing and winning at a national event takes a lot of hard work, and our crew achieved what they deserved after many weeks of preparation – including winning the previous week at the Peterborough regatta. 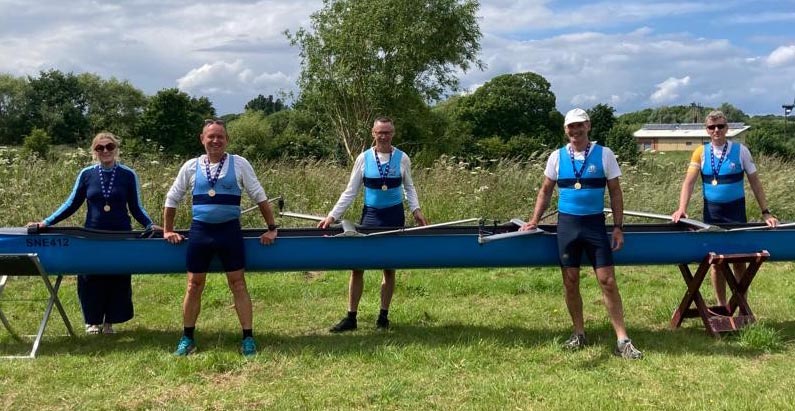