Guide to rowingAll the terms you'll need to be a professional rower.
2 August 2018 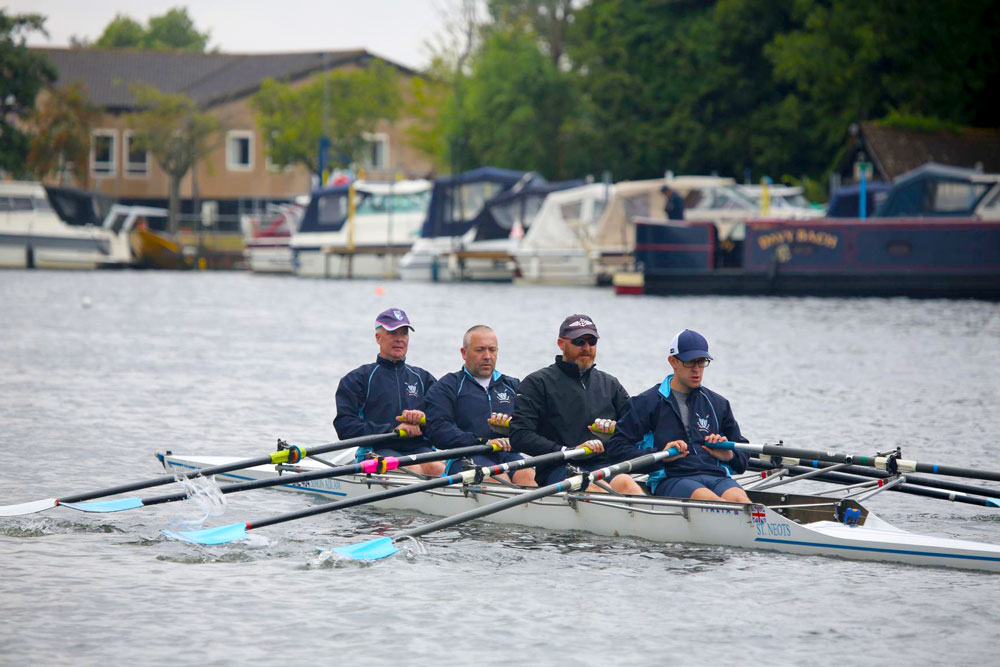 It was a case of survival of the fittest at St Neots Regatta 2018, as strong winds and heavy rain made conditions extremely difficult. Racing had to be suspended at one point when a large tent was blown on to the river, but plenty of rowers showed grit and class to produce superb performances.

Ali Brown and Helen Knowles stormed to victory in the women’s masters E/F double sculls over Sunday’s 500m course – repeating their success from the previous year. They progressed to the final after their semi-final opponents pulled out, and never looked back as they romped home against a crew from Oundle.

Etilly Pigg was also celebrating on the Sunday after a convincing win in the women’s junior 16 single sculls category. Strong rowing throughout the day saw her ease to wins over opponents from Broxbourne, Oundle and, in the final, Nottingham.

Other St Neots rowers just missing out on silverware were Adam Williams, who lost by three quarters of a length in Sunday’s open single sculls (band one) category, and Alex Johnson and Dom Holdaway, who lost by the same margin in Sunday’s junior 17 double sculls event.

On the Saturday, racing over a 1,000m course, Anna Shreeves progressed to the final of the women’s single sculls (band one), but couldn’t overhaul her strong opponent from Isle of Ely.

Ali Brown and Helen Knowles attempted a second win when they teamed up with Lynne Taylor, Marlene Taylor and cox Deb Hellett for Saturday’s women’s masters C/D/E coxed fours; they cruised through their semi-final, but lost by about two lengths in the final against a Milton Keynes crew.

The regatta attracted more than 1,000 rowers from 51 clubs all over the UK, all keen to take part in one of the largest and most popular events on the rowing calendar.

“Well done to all the competitors who battled horrid conditions over much of the weekend,” said Trevor Rickwood, St Neots Rowing Club chairman. “The weather didn’t dampen their spirits, and lots of people congratulated us for the way we managed to keep such a great event going despite the wind and rain.

“Huge thanks must go to all club members – and many friends and family – who gave up their time to make sure everything ran smoothly. And we can’t forget everyone on the organising committee, led brilliantly once again by Wendy Hooper, without whom the regatta simply would not have happened.”

This year’s event included tributes to two of St Neots Rowing Club’s longest-serving and most valued members who recently passed away: Eileen Davies and Chris Leaf.

Saturday’s women’s coxed fours category (band one) was dedicated to Eileen, and was won by a crew from Northampton Rowing Club – a fitting result given that Eileen was a former member and captain at Northampton.

Saturday’s open coxed fours category (band two) was dedicated to Chris, and was won by a crew from Lea Rowing Club.

Bespoke awards were presented to the winners in each category by Eileen’s husband, and club president, Robin Davies.