Guide to rowingAll the terms you'll need to be a professional rower.
30 March 2016 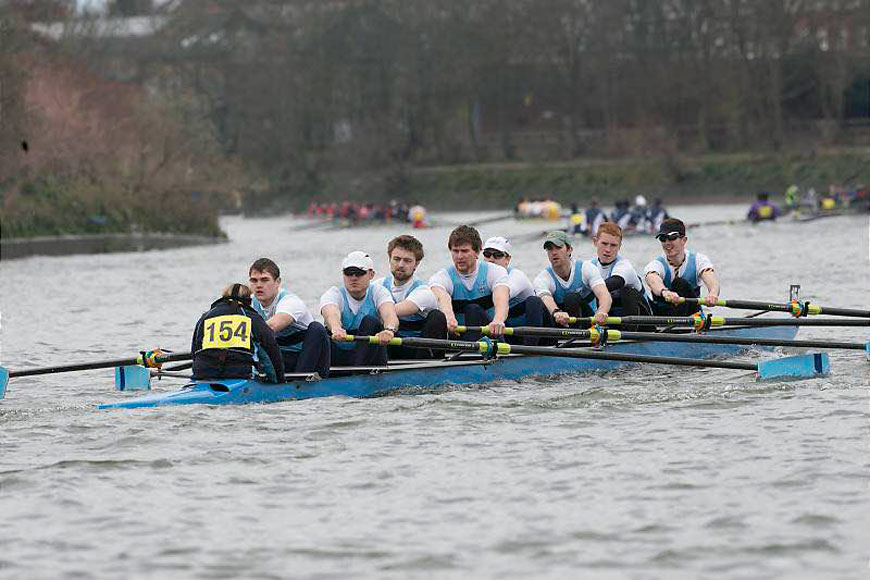 The club’s top men’s eight recorded its best finish at the Head of the River Race since 1979 – and it was the first time the crew had ever rowed together. They completed the four-and-a-quarter-mile Boat Race course in 19 mins 14.55 secs, placing them 66th out of 334 entries and sixth in their intermediate two (IM2) category for clubs not based on the Thames.

The St Neots crew was up against top universities and clubs from the UK, as well as crews from Ireland, Germany, Switzerland, China, Portugal, Italy and Poland. They had hoped to scrape into the top 100, so to finish so high was a major achievement for the club and its newly formed men’s eight.

Coxed by Tammy Finnigan, the crew comprised Dom Chapman (club men’s captain), Josh Dexter, Huw Jarman, Max Taylor, Edd Maryon, Tom Dolby, Tim Halliday and Adam Williams. They got off to a strong start and immediately opened up a gap between them and the following crew, London-based Team Keane, who were more used to rowing on the Thames. The St Neots men quickly settled into their race rhythm and gradually caught and passed the boat ahead of them, from St Hild & St Bede College in Durham. They pushed hard over the final 300 metres to widen the gap and finished well inside the 20-minute barrier.

Men’s captain Dom Chapman said: “This was a chance to see where we ranked against our main rivals, as well as some of the top crews in the country, and this result shows we’re in the mix.

“After a scrappy row in the morning session the guys picked themselves up and put in a great performance, which puts us in a good position going into the regatta season.”

This amazing performance by the St Neots men’s eight came just a few weeks after the club’s women’s eight recorded a similarly impressive time over the same course. The ladies finished in 22 mins 29 secs, placing them 173rd out of 320 crews and fifth in their intermediate category for small clubs.