Guide to rowingAll the terms you'll need to be a professional rower.
15 October 2017 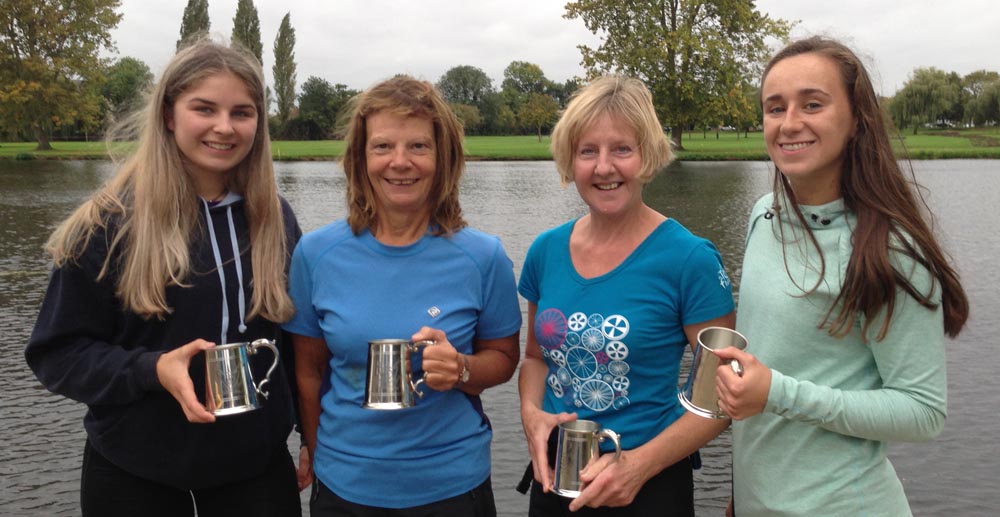 It was a case of ladies first for St Neots Rowing Club at its 2017 Small Boats Head. The club had three wins on the day, all from its female squad, and there were several other creditable performances from juniors and seniors.

Jade Hellet had two reasons to celebrate: she won the women’s 1x category and her time of 11mins 19secs landed her the best female sculler pennant, awarded to the fastest female single sculler in the main head race.

Etilly Pigg continued her run of fine form by winning the women’s J16 1x category in a time of 11mins 36secs – just five seconds away from being the fastest junior female sculler on the day.

The smart money in the women’s masters EF 2x category was on our ‘dream team’ of Ali Brown and Helen Knowles, and so it was perhaps no surprise when they swept across the line in 11mins 9secs to secure their fourth victory this year. This impressive performance followed wins in Bedford, Sudbury and at our own regatta – and preceded a fifth victory the following weekend at Bedford head.

“Well done to all the prize winners, but most importantly it was great to see all the competitors and spectators enjoying themselves on the day,” said event organiser Josh Dexter. “Despite receiving fewer entries than in previous years, the standard of competition was very high, with some events only being won by the odd second or two.”

Here’s a summary of results from St Neots rowers and the event’s main awards.

Harry Evans Memorial Trophy: Star Club (seven wins)
Awarded to the club with the most wins in the main head

Head of the river pennant: J18 4x- Bedford Modern School Boat Club with a time of 8:46
Awarded to the overall fastest crew in the main head