Guide to rowingAll the terms you'll need to be a professional rower.
10 June 2019 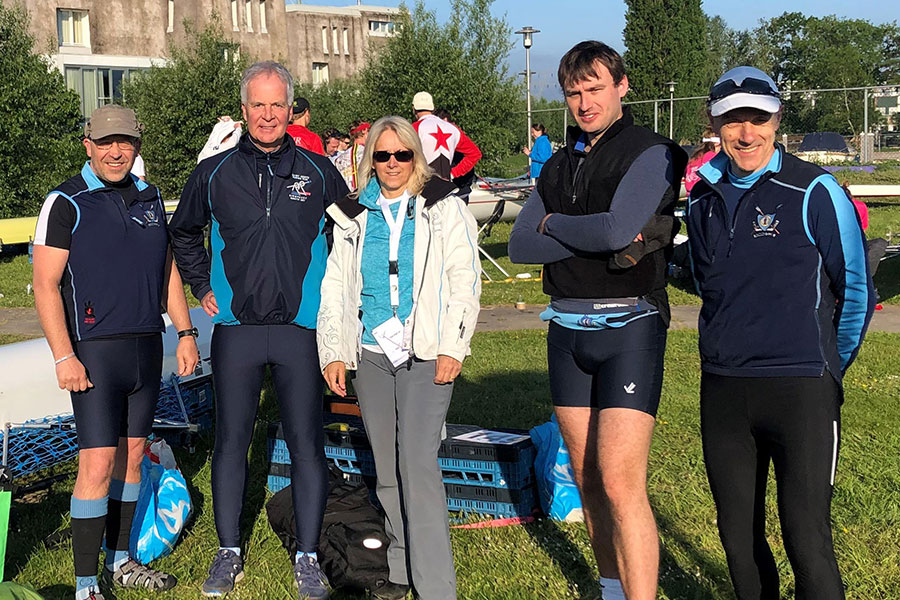 Two crews from St Neots Rowing Club have completed one of the sport’s toughest challenges – the Ringvaart 100km marathon in Holland.

The men’s quad of Dave Cullen, Kieron Marriner, Karl Zwetsloot and Richard Bray, coxed by Debra Hellett, crossed the line after 12 hrs and 23 mins of rowing, placing them 97th out of 164 crews. Their time was later corrected to 11 hrs 13 mins to account for checkpoints along the way, where competitors could eat, hydrate, stretch and even enjoy a beer during an extended rest at the 88km mark.

Above: Left to right: St Neots pair of Dom Chapman and Fergus Mitchell-Dwelly.

The men’s pair of Dom Chapman and Fergus Mitchell-Dwelly crossed the line in 11 hrs 31 mins – corrected to 10 hrs 51 mins – which earned them 65th place overall in an event dominated by larger boats, including many eights.

Dom and Fergus only decided to enter the event about four weeks earlier, and so had little time to switch from their normal sprint training to long-distance outings. They admitted to rowing too fast in the early stages, rather than pacing themselves, but gritted their teeth to achieve a creditable time for a crew of two. 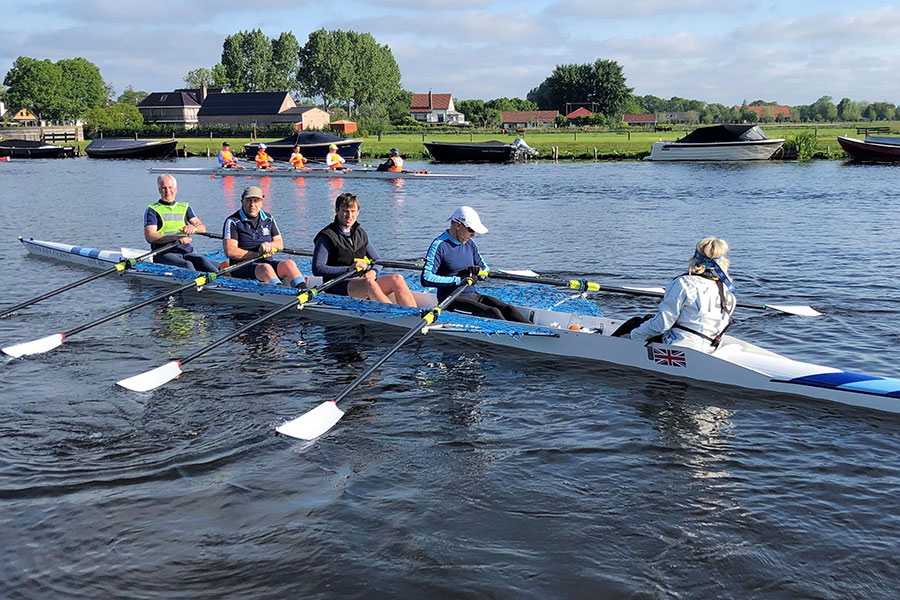 For most of the quad, this was their second attempt at the Ringvaart marathon; only Richard Bray wasn’t part of a crew that trained for the same event in 2016, only to see it cancelled because of heavy storms.

The 100km route even provided a poignant moment for Karl Zwetsloot when it passed through his father’s home town of Hillegom. “We were proud to fly the flag for St Neots, but rowing through my ancestral home added a different dimension for me,” said Karl. “We wanted to finish in the top 100 and we achieved that – even though we had to bale out our boat at one point after it was flooded by the wash from a large passing barge.”

Club captain Stuart Williams said: “I was thrilled to see two St Neots crews complete the 100km Ringvaart this year. After the disappointment of two years ago, when the race was cancelled because of poor weather, our crews finally got to take on one of the most challenging endurance rowing events on the calendar. Well done to all.”