Guide to rowingAll the terms you'll need to be a professional rower.
25 April 2019 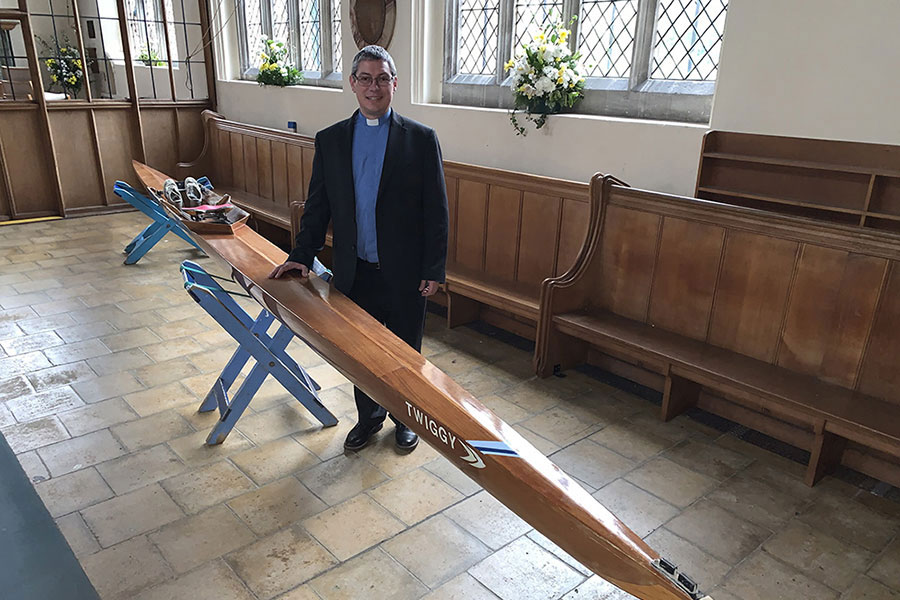 It’s not often that rowing and religion join together, but that’s exactly what happened when a forward-thinking vicar wanted to draw more people to his Easter services.

Tim Robb, the vicar at St Mary’s Church in Eaton Socon, wanted wooden props to illustrate a story about three trees that grow and are then transformed into items including Christ’s crib, the crucifixion cross and a boat. The crib (borrowed from the Open Door Church in St Neots) and cross were no problem, but finding a wooden boat was a challenge – until Tim contacted St Neots Rowing Club.

The club, which has been in the town for more than 150 years, quickly delivered one of its old wooden boats to the church, much to the delight of Tim and his congregation. Tim said:

“Easter is about the unexpected life-changing good news that Jesus has risen. Having a boat in the church helped remind the congregation that from the calling of his first disciples to his teaching, to his miraculous catches of fish, to stilling the storm, to rising from the dead, Jesus’ ministry was so unexpected!”

For St Neots Rowing Club chairman Trevor Rickwood it was a great opportunity to do something for the community.

“We get lots of support from the town during our events and so this was a chance for us to give something back. I’ve known Tim for many years – and his original approach to delivering church services – so we were more than happy to step in and lend a hand.

“The boat itself was built by our current club president, Robin Davies, in the 1980s. It doesn’t get used much these days, so it was actually really nice to get it out, spruce it up and allow people to admire such a beautiful piece of craftsmanship.”