Guide to rowingAll the terms you'll need to be a professional rower.
3 August 2021 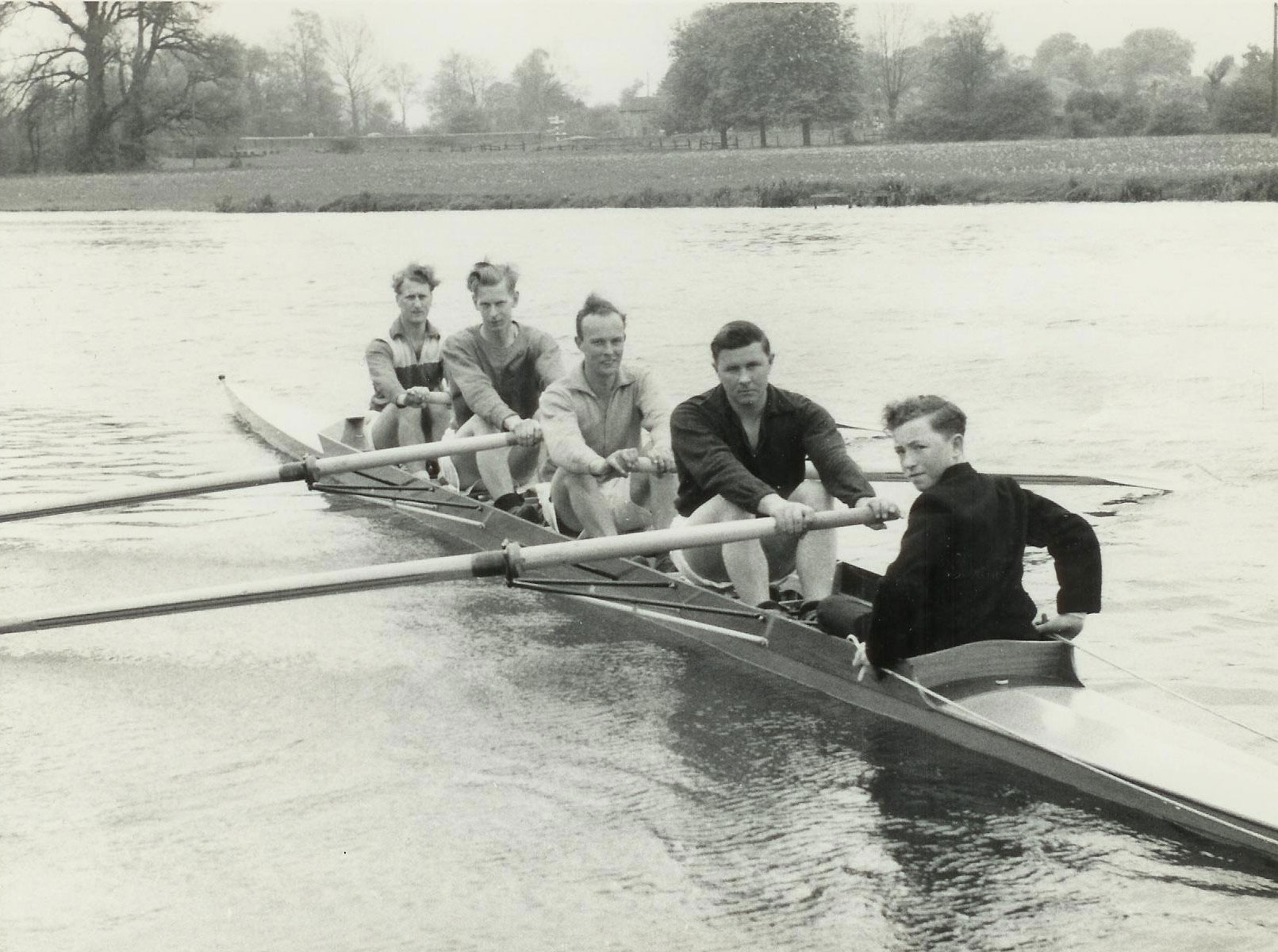 Last week one of our oldest and longest-serving club members, Tony Hainsby, passed away after a long life.

As a mark of remembrance, the Elite Sculls events at this year’s regatta was dedicated to his memory, and the current club president read out a eulogy over the public address in his honour at about 1.00 pm, just before one of ‘his’ races came down the river.

Several members of his family attended the regatta especially for this event, and then his funeral was held on Monday 26 July at St Neots Church. Despite supposedly family attendance only due to the virus, the church was packed.

Tony Hainsby was a major stalwart of the club for most of the second half of the Twentieth century. At times, without his efforts,  and a small number of others, the club may well have folded up.

A member from the early 1950s to the 1990s, as well as rowing in club crews nearly all that time, he was involved in running the club for a lot of that time, being Captain some 9 times between 1959 and 1983.

He was massively involved with the rebuilding of the club in 1976/7 after the gale disaster and was instrumental in locating a suitable building for what is now the ‘Chris Leaf’ boathouse.

The regatta has always been a major part of the club, and always a large event. As regatta secretary, in the early days, Tony was involved in doing the draw for the event without the use of computers. This was a difficult all-night job usually for 2 or 3 members, and Tony was one of those without sleep.

In the 1970s and 80’s, he was heavily involved in coaching with great success, particularly with the Junior Ladies squad at the time, producing several members who represented GB internationally.

Rowing was not Tony’s only sport as he was by far the best runner in the club, and was the club team’s anchorman in the annual Boxing Day relay run from Bedford to St. Neots in the 1950s.

He was instrumental in introducing running as a means of cross-training for SNRC, long before it became the norm for rowing. That maybe to the slight discomfort of the more flat-footed oarsmen.

When he dropped out of rowing in the early 1990’s he formed the Riverside Runners’ who were based at the club and he was active in that club for many years. He also remained an SNRC club trustee until his death last week.

The club thanks him for his huge efforts over such a long time and we extend our sympathy to his family, including sons Vince and Martin, both SNRC rowers in their own right in latter years. We celebrate his memory.