Guide to rowingAll the terms you'll need to be a professional rower.
18 February 2016 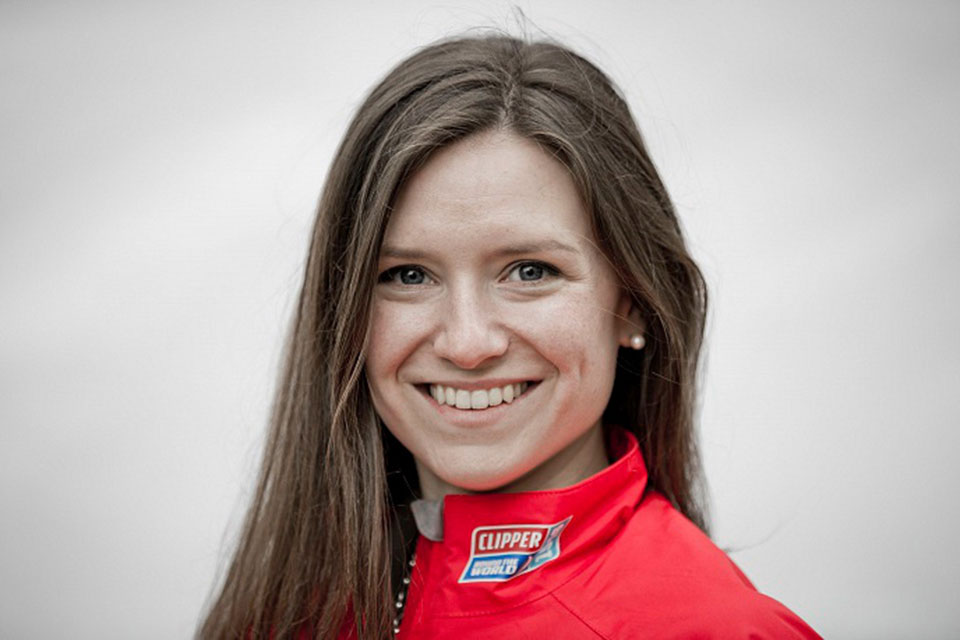 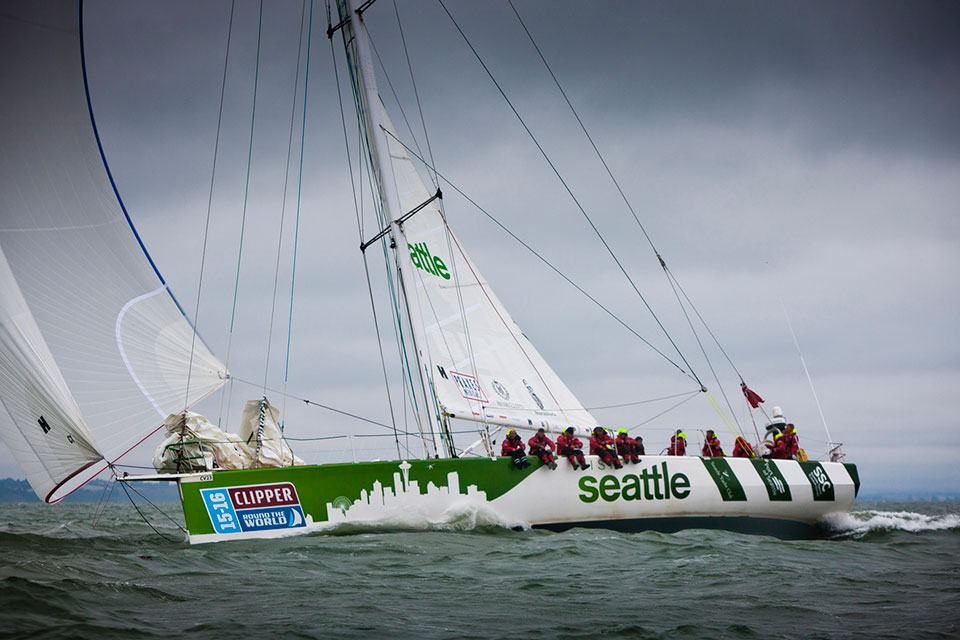 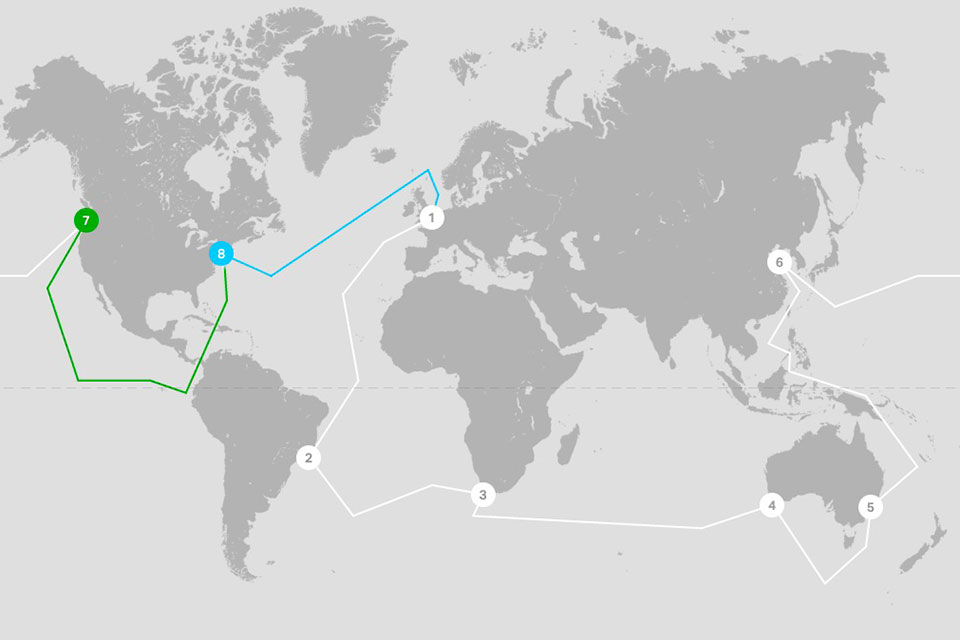 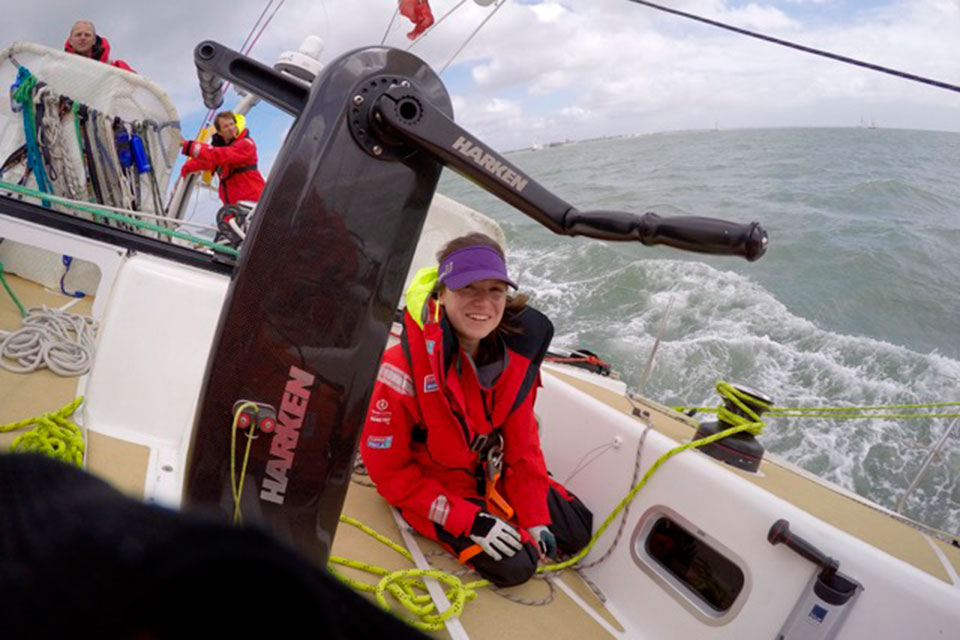 Club member Mia Hartwell is swapping oars for sails as she prepares for a 12,000-mile adventure at sea.

Despite being a complete sailing novice, Mia (27) is competing in the final two legs of the 2015/16 Clipper Round the World Yacht Race. She’ll be racing 11 other boats on board the yacht ‘Visit Seattle’.

Mia joins the rest of her crew in Seattle on 28 April and will then race for nearly four months, taking in the Pacific Ocean, infamous Panama Canal and North Atlantic storms before sailing into St Katherine’s Docks, London, on 30 July.

Preparations have included four weeks of intense training off the coast of Hampshire, where Mia joined her future crew-mates and learned how hard life at sea will be: huge storms, living at a 45-degree angle and very little sleep are just a few of the challenges she’ll face, all while sharing a 70ft yacht with 20 other people.

“I’m one of those people who needs lots of sleep, so getting a maximum of four hours at any one time is going to be really tough, as half the crew always has to be on deck,” said Mia. “I’ve already experienced this during training and the result was quite surreal: you have three ‘mornings’ to every day, even if some of them are at 6pm and 2am!

“The sea sickness will also be horrible, particularly as the boat is constantly at an angle. Moving around the boat can be really tricky and you have to be pretty agile to avoid being flung about.”

Mia has been training with David Titley at RealFit in Eaton Socon, St Neots, to make sure she is strong enough to handle the forces of the boat. Strength will be important, but Mia believes her time with St Neots Rowing Club has prepared her the most. She said: “Rowing has taught me so much in terms of mental and physical resilience, which I’ve already put into practise many times during training for the Clipper race.

“Being able to get on with your crew and pull together as a team will also be crucial; the amazing team spirit at St Neots Rowing Club puts me in great stead for this. We always have great fun together and, whilst I’ll miss everyone at the club, I’ll be thinking of those great times together when things get tough at sea.”

The Clipper Round the World Yacht Race is the only event of its type. It consists of eight legs around the world, with 12 matched boats made up of amateur crews led by professional skippers. The current race began in August 2015 and has already called in at Rio, Cape Town, Albany in Australia and has now arrived in Vietnam. The yachts will soon depart for China before racing across the Pacific Ocean to Seattle, where Mia joins the race.

More information about the race can be found at www.clipperroundtheworld.com, where the location of yachts is updated hourly.

You can learn more about Mia’s preparations at www.miadoesclipper.com. She is hoping to raise £1,200 for two charities: UNICEF and Survival International. To sponsor her please go to www.justgiving.com/teams/miadoesclipper.

UNICEF is the world’s leading organisation for children and the official Clipper race charity. Read more about its work in more than 190 countries here:http://www.unicef.org.uk.

Survival International helps tribal people defend their lives, protect their lands and determine their own futures. Read more about its work here: http://www.survivalinternational.org.