Guide to rowingAll the terms you'll need to be a professional rower.
25 July 2017 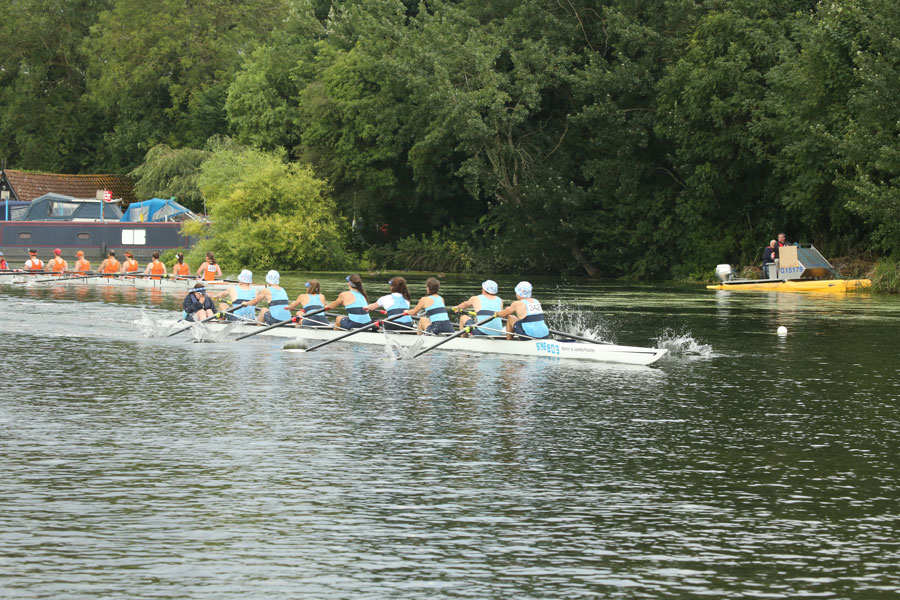 We looked as though we would finish winless at our regatta this year – then three crews stormed to victory in quick succession as the weekend’s racing drew to a close.

The celebrations had barely started, however, before Helen Knowles and Ali Brown crossed the line in the final of the women’s masters E/F double sculls. The ladies put on a sculling masterclass as they pulled five lengths clear of Sudbury opposition, building on their success at Bedford Small Boats Head earlier in the year.

The third win came courtesy of Adrian Vuylsteke, Max Taylor, Fergus Mitchell-Dwelly and Edd Maryon in the open coxless four event. Victory was almost scuppered, however, by a rudder problem in the semi-final, which caused another mid-race collision. Their Bedford Rowing Club opponents agreed to run the race again – earning plaudits for tremendous sportsmanship – although the decision ultimately cost them a place in the final that St Neots eventually won.

The regatta once again attracted more than 1,000 rowers from all over the UK, all keen to take part in one of the largest and most popular events on the rowing calendar. Its success has grown in recent years thanks to the hard work of St Neots members, not to mention a busy organising committee that was led this year by Wendy Hooper.

“We pride ourselves in providing one of the few two-day regattas in the country, and it is lovely to see so many familiar faces returning year after year to camp and compete,” said Wendy after the regatta had finished. “We had every kind of weather to contend with this year, but the spirit of competitors and spectators alike was never dampened.

“It is a joy to be part of arranging such an iconic event in St Neots, which has become synonymous with the end of the school year and the start of the summer holidays for a lot of the 1,000-plus participants.”