Guide to rowingAll the terms you'll need to be a professional rower.
23 June 2018 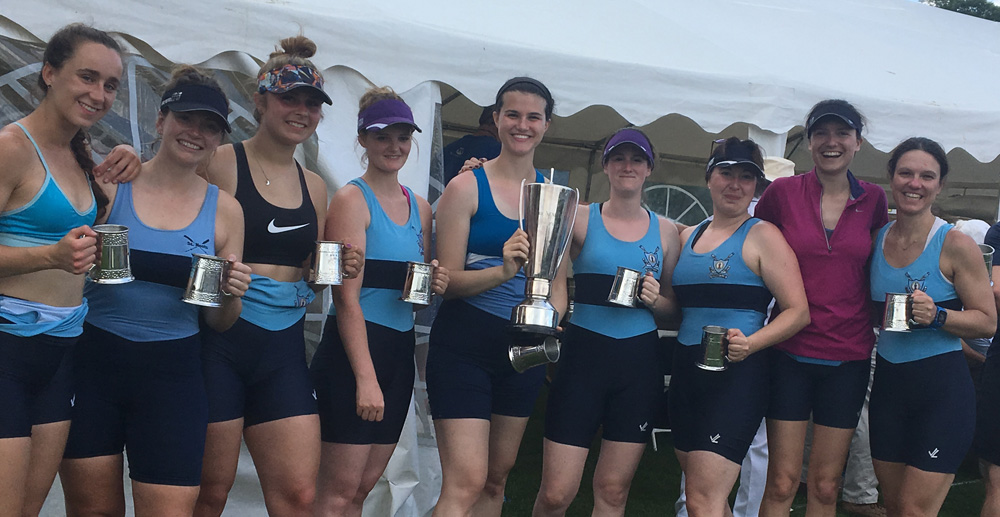 A ladies eight crew from St Neots stormed to victory at this year’s Peterborough spring regatta. After racing neck-and-neck against the other crews for most of their band two final, they surged clear over the final 200 metres to win in 3mins 47.6secs – a full five seconds ahead of second-placed Broxbourne.

The winning crew (pictured above left to right) was Jade Hellett, Dominie Clarke, Etilly Pigg, Becki Dixon, Emily Anagnostos, Nat Turland, Ali Young, Mia Hartwell (cox) and Jaione Echeveste. It proved to be a perfect blend of experienced and new rowers and, for Becki Dixon and Nat Turland, provided a victory at their maiden regatta. It also came hot on the heels of their debut win in the 2018 Cambridge winter league.

Lots of other St Neots rowers competed on the day, and all put in creditable performances – often against really strong opposition:

Helen Knowles claimed third place in the final of the women’s masters E/F single sculls category, with a time of 5mins 3.7secs

Stuart Williams, Andrew Lawrence, Richard Bray and Rob Offord finished fourth in the final of the open coxless quads (band two). Their time of 3mins 34.2secs was just one second away from third-placed Derby

The father-and-son double of Stuart and Adam Williams was placed in band one of the open double sculls. Despite the strong opposition they only just missed out on a place in the final, finishing third in their heat in a time of 3mins 42.1secs

Andrew Lawrence also just missed out in the junior 18 single sculls, finishing third in his heat, in 4mins 9.7secs

One half of the victorious ladies eight – Jade Hellett, Jaione Echeveste, Emily Anagnostos and Dominie Clarke – also finished fourth in their heat of the women’s coxed fours (band one), in a time of 4mins 24.1secs

“Really well done to the ladies eight crew on their great result,” said Ali Brown, joint ladies’ captain. “This was the first sprint race experience for Nat and Becki, who lost their novice status as a result of the win. A great start to the sprint season!”

Click here to see all the results from this year’s Peterborough spring regatta.