Guide to rowingAll the terms you'll need to be a professional rower.
12 October 2016 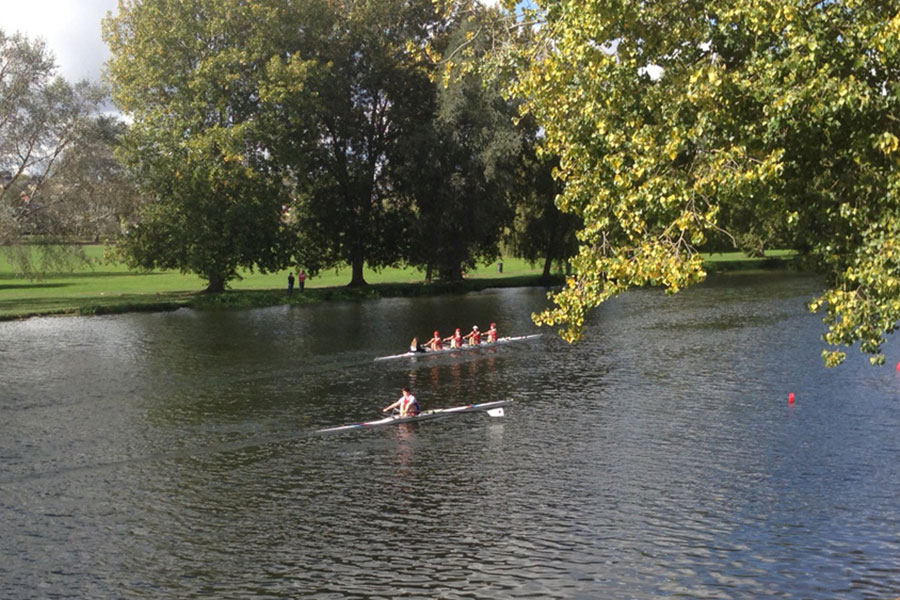 Jim (60) joined the club in August, after spending the past few years living overseas. A regular rower in his younger days, he hadn’t held an oar for 13 years and hadn’t competed since 2001, but that didn’t stop him winning the Masters D/F single sculls category at St Neots Rowing Club’s Small Boats Head.

Jim was the home club’s only winner at this year’s event, which attracted 350 competitors from 11 rowing clubs, competing in 39 categories. They all had to complete the same 2.6-kilometre course in the shortest time possible, although a tricky headwind and gusty conditions made life difficult for many of them.

“Well done to Jim and everyone who took part,” said Josh Dexter, who led the event’s organising committee. “Conditions were pretty tough for the competitors, with there being an awkward headwind for much of the day, but most crews did well to cope and posted some pretty fast times.”