Guide to rowingAll the terms you'll need to be a professional rower.
28 July 2022

Huw Jarman won the band two open men’s singles category on Saturday’s 1,000m course, overpowering his Sheffield opponent by just over two lengths. Then he teamed up with Matt Farley, from Bedford Rowing Club, for Sunday’s 500m sprint format; solid rowing handed them a convincing win against Derby in the band one open men’s doubles final.

Andrew Lawrence also won on the Sunday, producing an impressive performance to finish well ahead of his St Ives opponent in the band one open men’s singles final.

Although Huw and Andrew were the home club’s only winners, there were plenty more great performances and near misses for other St Neots rowers.

Emily McPherson showed how much she has progressed in the sport by reaching two finals. Her first was on the Saturday, in the women’s eight with Louise Shorten, Jade Hellett, Valentina Futoryanova, Hannah Towns, Emily Anagnostos, Natalie Yanusauskas, Dominie Clarke and cox Mia Hartwell. The ladies perhaps ran out of steam following their success less than 24 hours earlier at the Cambridge Town Bumps, losing by just half a length in their final against Sudbury.

Emily’s second final, on the Sunday, capped a fine performance in the women’s singles category, losing out in the end to a Peterborough sculler by three lengths.

Hannah Towns also progressed to two finals: first with Emily in the eight and then with Ellie Sadler in Sunday’s band one women’s doubles, which was won by a strong Leeds University crew.

Also just missing out on silverware were Russell McIntyre and Rob Offord, who couldn’t quite repeat their great performances earlier in the day to win Saturday’s band three open men’s doubles event.

Many other St Neots rowers showed excellent form across the weekend, including some extremely promising juniors, but were sadly thwarted by more experienced and better opponents.

More than 1,000 rowers from 48 clubs across the UK were competing at the event, which offered categories for everyone from school age to retirees. It was St Neots Rowing Club’s first full-scale regatta since 2019 – last year’s version was one of the first to take place after COVID-19 restrictions were lifted, but it didn’t offer the usual range of refreshments and entertainment. Warm weather ensured this year’s event attracted plenty of spectators and allowed competitors to celebrate at Saturday’s evening disco.

“What a fantastic weekend – I’ve seen nothing but smiling faces everywhere and some great racing,” said club captain, Ryan Keating. “This event is a real highlight of the rowing calendar, and it was great to see so many local residents enjoying the weather and atmosphere.

“A huge thank you to all our sponsors and the volunteers who organised and ran the event.” 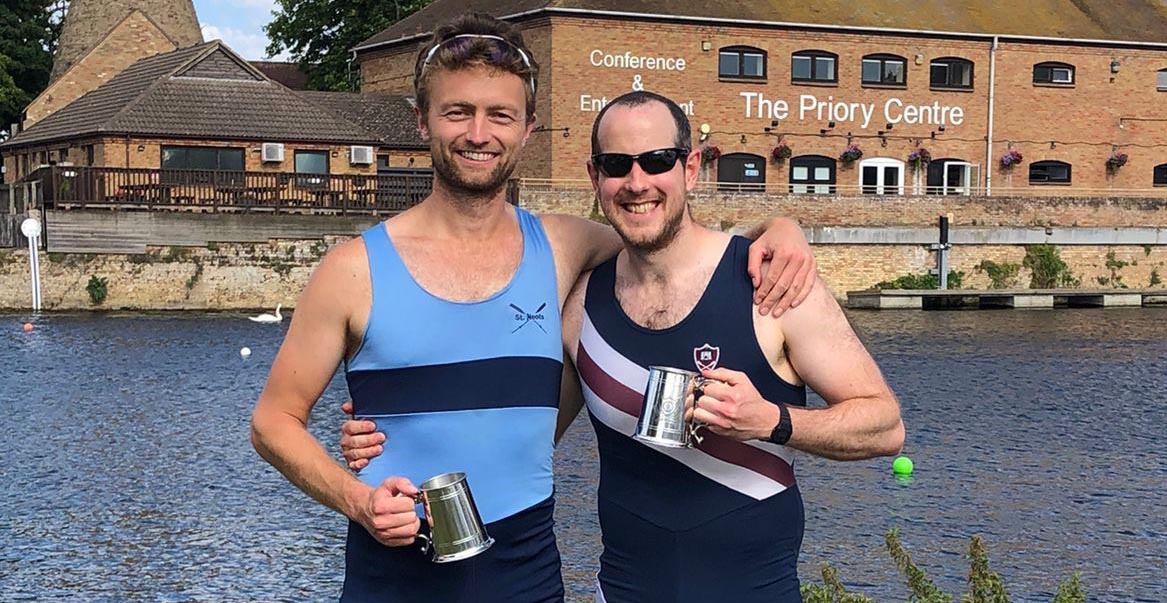 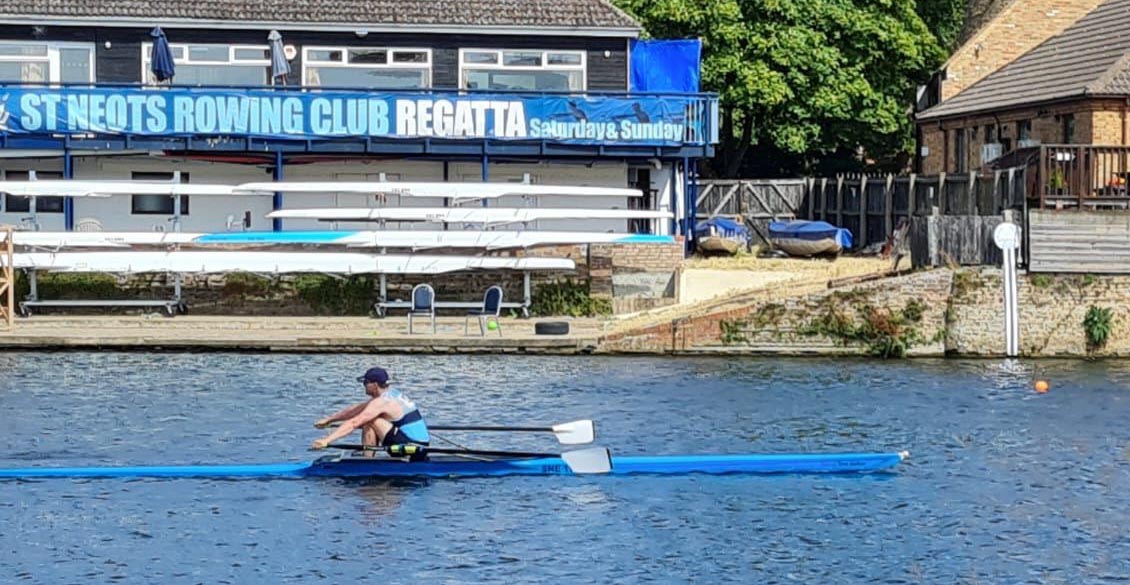 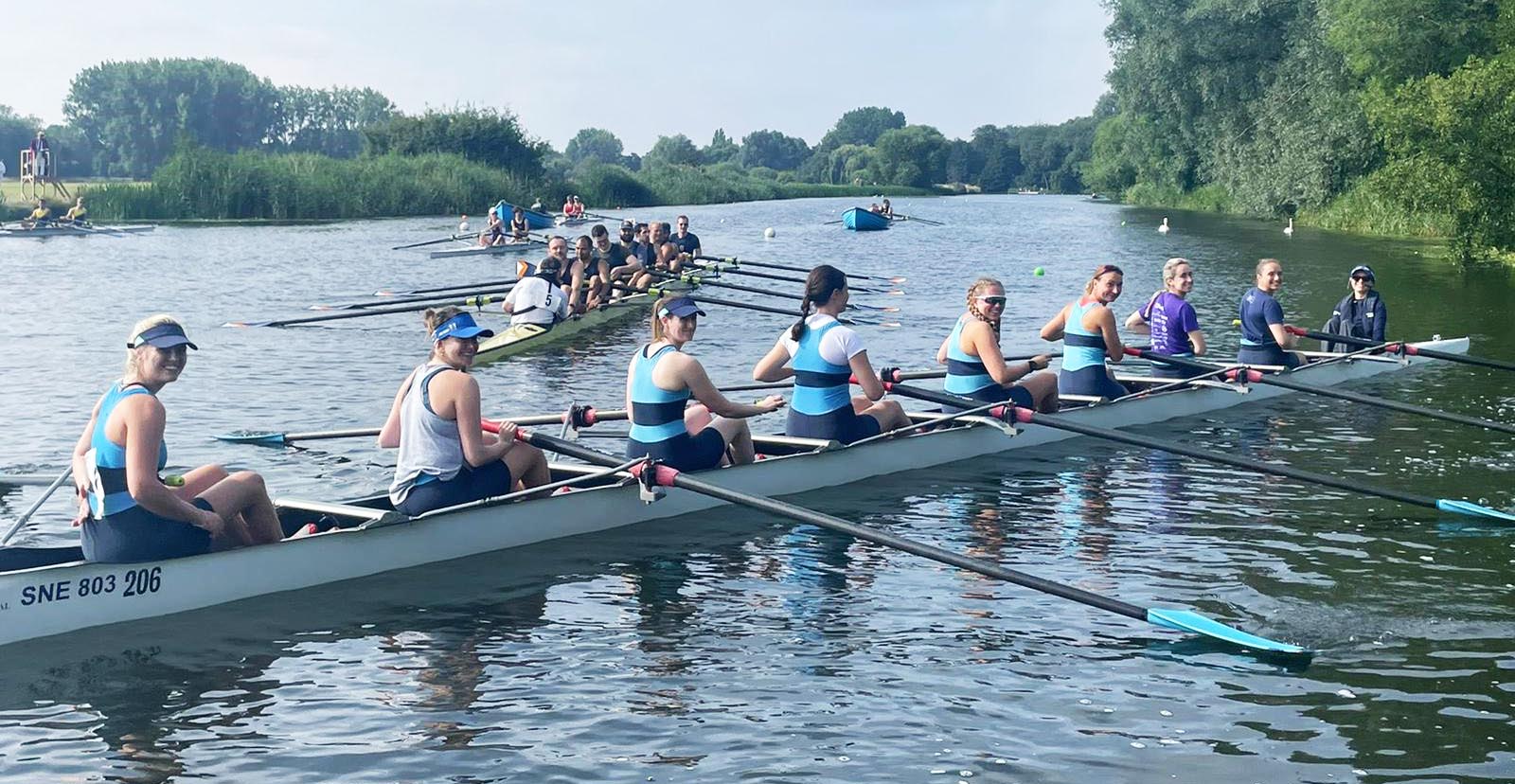 Emily McPherson (left) and Hannah Towns (fifth from left) in the ladies eight; both went on to reach their second finals the following day. Credit: Lee Israel