Guide to rowingAll the terms you'll need to be a professional rower.
4 November 2012 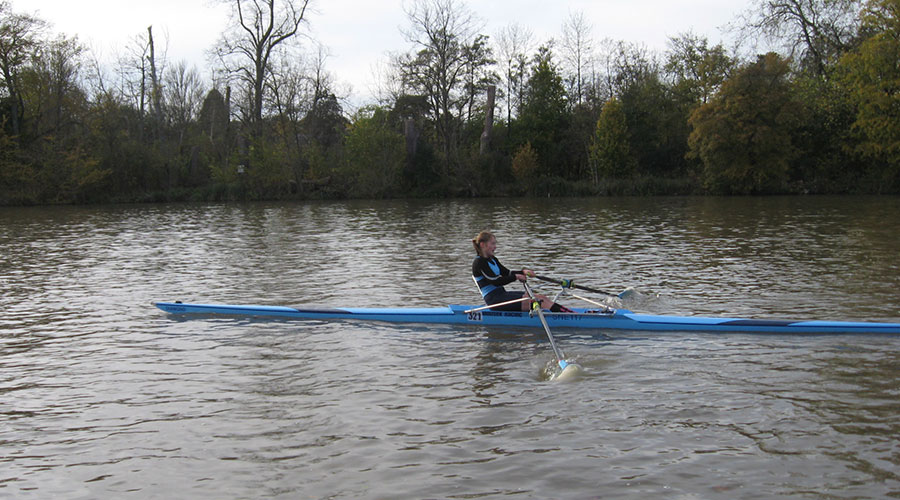 Henley Sculls Head of the River Race provided testing conditions for St Neots Rowing Club Juniors on Saturday, with a fast stream and headwind over the 3k Thames course.  This did not deter the youngsters who all put in a gritty performance in all their events, resulting in wins for four of them. Many of the juniors took part in two events each, with all of them doing a single sculls race.

The J18 double of Nick Shorten and Adam Williams won their category with the fifth fastest time of the day, an impressive 13 minutes and 21 seconds. The WJ14 coxed quad of Louise Shorten, Zoe Adamson, Voirrey Taylor and Lauren Parren, coxed by younger brother Shaun Parren beat their opposition in 14:26. Louise Shorten then went on to win her WJ15 single sculls event with a time of 16:11, with Zoe Adamson achieving 17:06 in the WJ14 single sculls category.

Other juniors who took part were Rory Tynan, Fergus Mitchell and Ellie Sadler, who with the other juniors, will have gained invaluable experience from rowing on tidal water on an unfamiliar course.

The only senior crew to take part was that of the WMasters E handicap double of Ali Brown and Helen Knowles, who gained a creditable second place in 16:46 (time adjusted).

One of the junior coaches Helen Knowles said:

All the juniors did exceptionally well in difficult conditions.  In fact it wasn’t until mid-afternoon the day before that we knew the event would be on due to fast flowing water.  Add in the head wind and we all had a hard row. They will all have learned from this and showed real grit.”