Guide to rowingAll the terms you'll need to be a professional rower.
27 July 2022

The first two nights at the event were cancelled because of extreme summer temperatures, but our women’s first crew (W1) soon turned up the heat when racing finally began on the Wednesday. They made light work of chasing down Chesterton’s number-one crew just beyond the A14 bridge, and were almost as fast to adorn themselves with willow plucked from beside the Cam – the traditional celebration for those who successfully bump up at the event.

They rowed over the following evening to maintain their position before producing another stunning display on the final night, catching Xpress 1 to finish seventh in the top division. The performance puts them in a great position to push on next year and perhaps achieve the highest position ever for a St Neots ladies crew at the Bumps.

Our W2 crew were almost as successful in their division two races. They were close to bumping up on the first night when marshals halted racing for safety reasons, but soon made up for this on the Thursday by catching City of Cambridge. A row over on the Friday left them in 13th spot in the division.

St Neots was able to send a third ladies crew to this year’s Bumps. Most of them were relatively new to the sport and had little or no Bumps experience, but that didn’t stop them catching a Cantabrigian crew at their first attempt. Unfortunately the Cambridge ladies got their revenge the following night and a fast Xpress crew bumped our boat on the Friday to leave W3 positioned 14th in division three.

Two men’s crews represented St Neots at the event, but they left frustrated after being bumped every evening. They started the week bottom of divisions one and two respectively, and both boats found good speed and came close to bumping up before being caught by chasing crews, but they will need to re-group and prepare for next year in divisions two and three.

Jacqui Round, who coached all the St Neots crews taking part, said: “This was the first time we have ever managed to field five crews at the Bumps, which shows the depth of talent we currently have at St Neots Rowing Club.

“It was a fantastic week for everyone. Gaining experience of Bumps is key because it is an event like no other. I am especially proud of our women’s squads after a whole year of training in eights.” 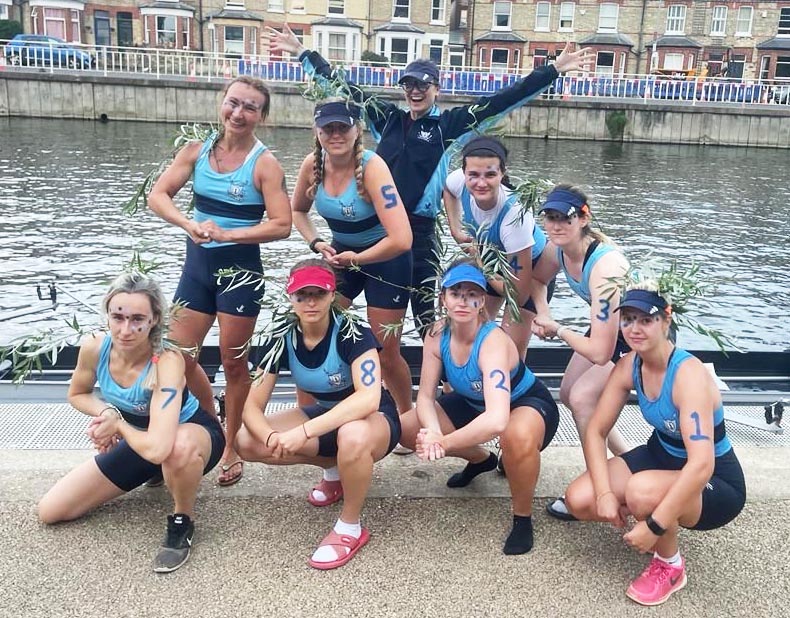 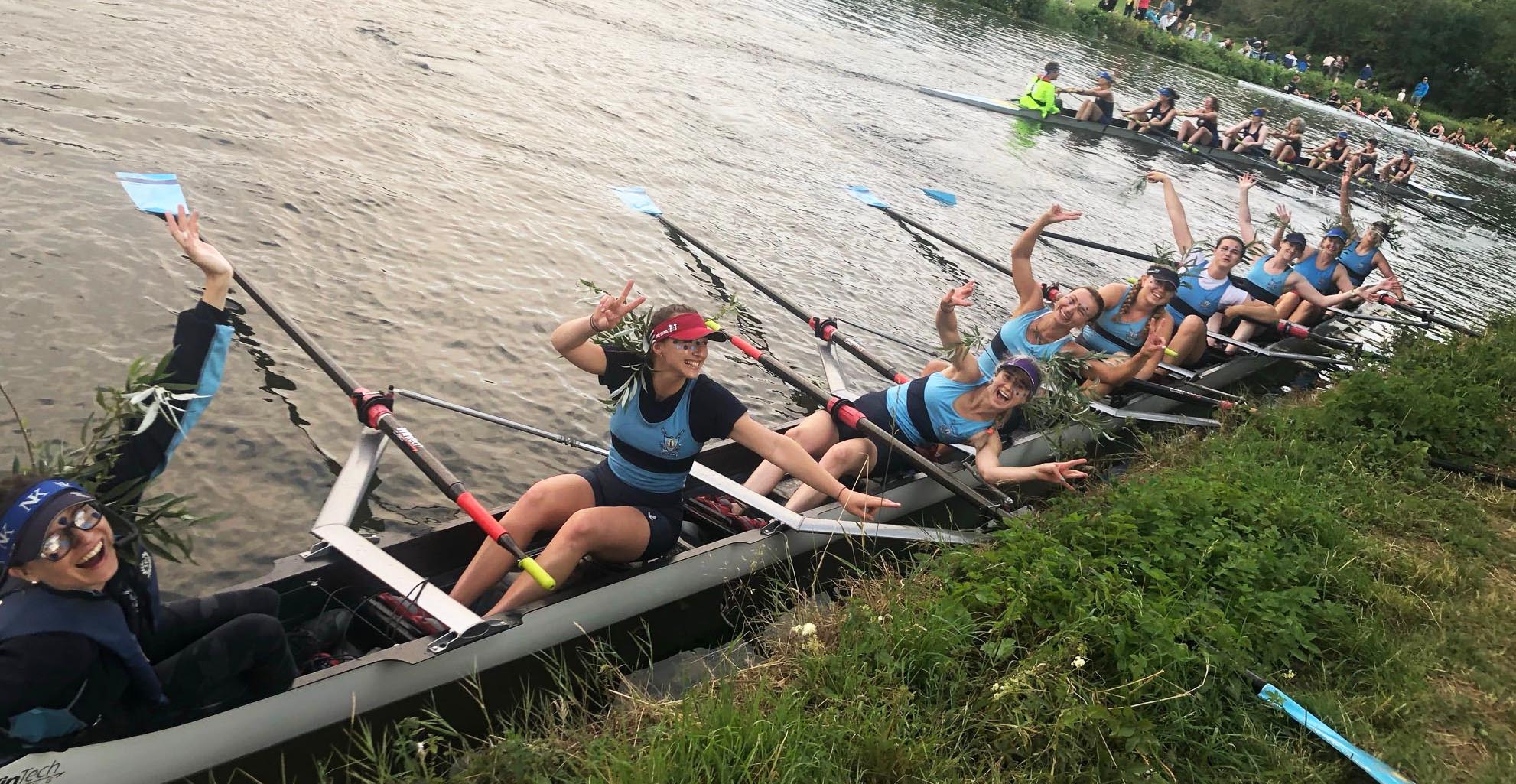 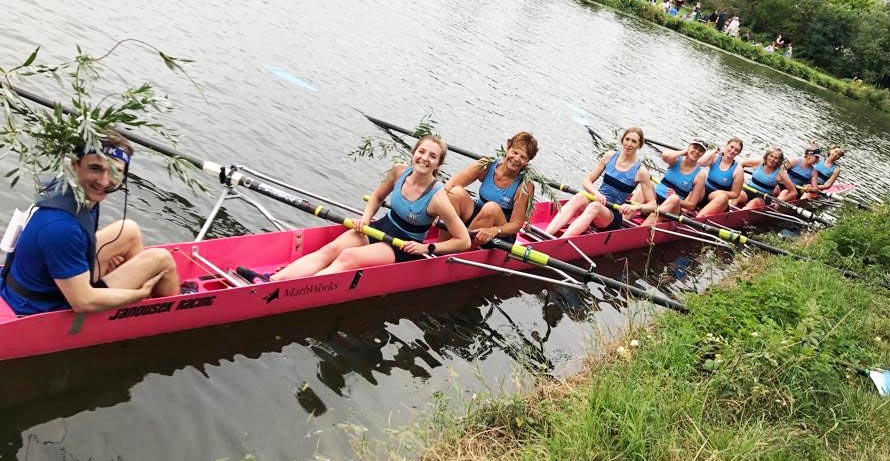 St Neots W2 after bumping up on night two of the event. Credit: Jacqui Round 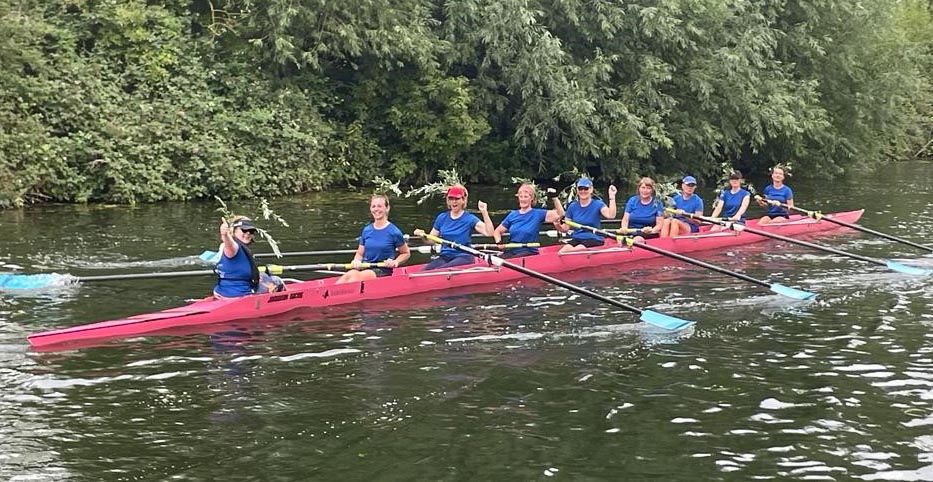 St Neots W3 adorned with willow after their debut bump. Credit: Jacqui Round

St Neots rowers celebrate – and some commiserate – at a post-race gathering in Cambridge. Credit: Dan Grimes