Guide to rowingAll the terms you'll need to be a professional rower.
29 October 2015

GB trials and tribulations for Fergus 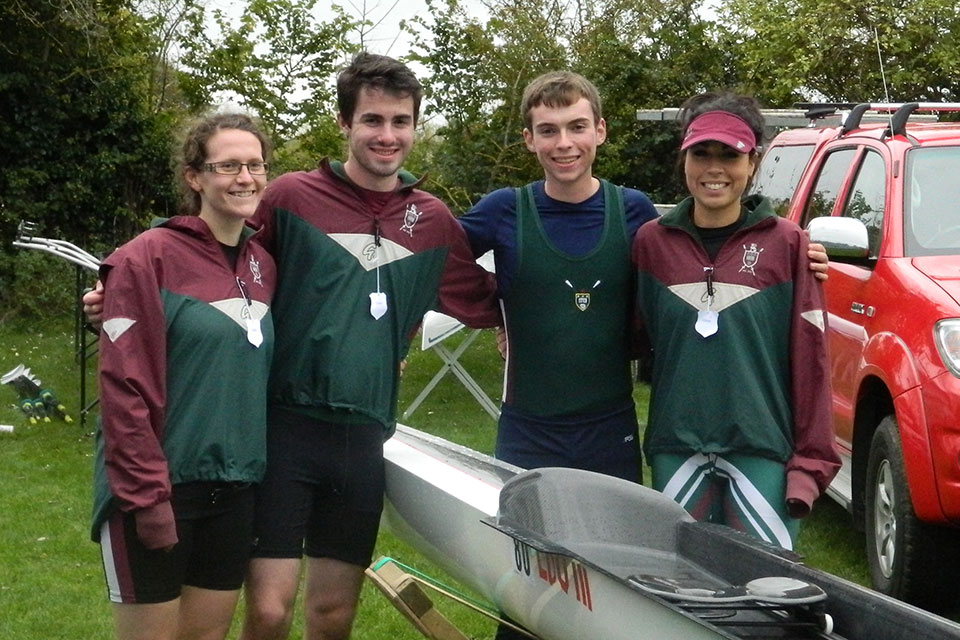 St Neots Rowing Club member Fergus Mitchell (pictured above with Matthew Ashall on left) has qualified for GB trials after competing at the Senior British Rowing Championships – but only after overcoming a last-minute hitch.

The club’s junior male rower of the year was due to compete for Leeds University at the championships with long-term partner Josh Davies, of Huntingdon Rowing Club, but Josh was taken ill just hours before the event started. His last-minute replacement was Matthew Ashall, also from Leeds University, with whom Fergus had never rowed before – but that didn’t stop them scoring an impressive win in the G final.

The competition format guaranteed everyone three races at the championships, held at the National Water Sports Centre near Nottingham on 17-18 October. Each crew completed a time trial over the two-kilometre course to qualify for a particular grade semi-final and, depending on that result, a final.

Fergus and Matthew – in the Open 2x category – posted an impressive 6mins 56.8secs in their time trial to secure a berth in the G/H semi-final, which they won comfortably in 7mins 18.92secs, beating a crew from Nottingham Rowing Club by just under four seconds.

Their G final was an altogether tighter affair. The top three crews from the other G/H semi-final had all qualified with faster times, but none of them could stop Fergus and Matthew crossing the line first in 7mins 11.96secs – just one second clear of a crew from Leeds Rowing Club.

“I was gutted when Josh had to pull out, but delighted by the result,” said Fergus. “Josh and I had worked really hard to prepare for the championships, so it was awful luck for him. We asked Matthew to fill his shoes, but had no idea how quickly we would jell having never rowed together.

“I’m now focusing on the GB trials. It’s a pity I can’t enter them this year with Josh, but at least Matthew and I will have a bit more time to prepare for them than we did for the British Championships.”

The Senior British Rowing Championships are now a major event on the GB rowing calendar. They allow international rowers to represent their clubs alongside developing talent from all over the UK. Winners earn the right to take part in GB trials, which are due to take place this year on Saturday 31 October and Sunday 1 November.

Click here for all the results from this year’s Senior British Rowing Championships.