Guide to rowingAll the terms you'll need to be a professional rower.
16 March 2016 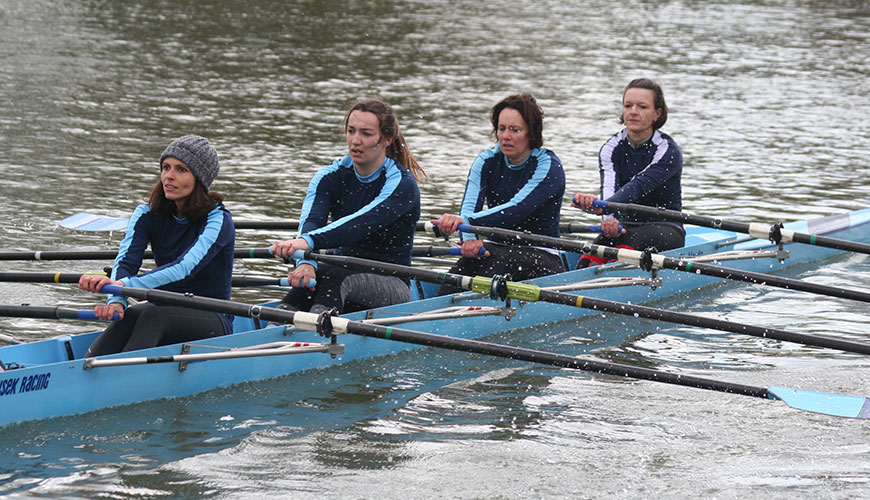 Some members of our 2015-16 beginners group have tasted victory at their first attempt at competitive rowing.

Nearly the entire group entered this year’s Cambridge Winter League, and both the women’s and men’s 4x+ crews won their categories – although not enough clubs entered for organisers to present them with any well-earned trophies.

Other members of the beginners group teamed up with senior members to form a men’s Nov 8+; victory escaped them on this occasion but – like the winning crews – they showed huge improvements as the three-month league progressed.

All the crews were helped along the way by various coxes, including Chris Leaf, Rachel Tackley, Hannah Towns, Jaione Echeveste and Martin Lycett.

“Well done to everyone in the group who took part,” said learn-to-row co-ordinator Alistair Mackie. “The Cambridge Winter League is always a good testing ground for new rowers. It has really increased the appetite of everyone who took part to now push on and hopefully achieve more success at regattas later this year.”