Guide to rowingAll the terms you'll need to be a professional rower.
20 May 2022

Day of ‘firsts’ for St Neots rowers in Nottingham 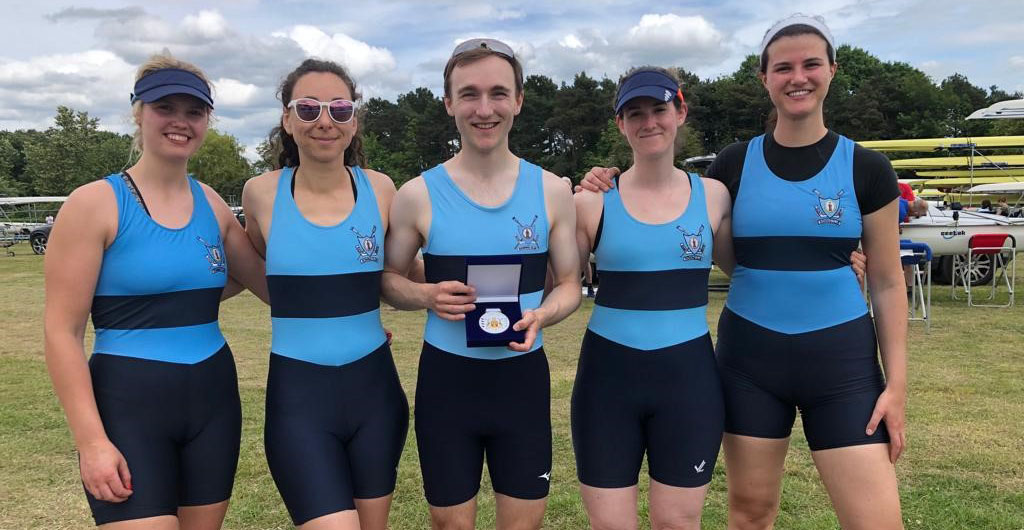 St Neots rowers had lots to celebrate after achieving a series of ‘firsts’ at the Nottingham Masters and Club regatta.

Emily McPherson, Olivia Marsh, Natalie Yanusauskas and Emily Anagnostos, plus cox Matt Wigmore, secured the club’s first summer win, overcoming opponents from City of Sheffield Rowing Club in a closely fought women’s band two 4+ final. The crews were neck and neck for much of the one-kilometre course, but the St Neotsladies dug deep in the final stages to pull away and eventually won by a length.

Victory tasted particularly sweet for Emily McPherson, Olivia Marsh and Matt Wigmore, for whom this was their first-ever win in competitive rowing.

Emily McPherson had earlier competed for the first time ever in a single and almost achieved a dream debut after finishing a close second in the women’s band four 1x category.

Ben La Roche was also racing for the first time in a single, finishing third against classy opponents in the menus open junior 18 1x category. Meanwhile, Andrew Lawrence had to call on all his experience to secure a second spot –by just 0.1 seconds – in the men’s open band three 1x.

Ben and Andrew teamed up with Matt Wigmore and Rob Stirling to take third place – again by just 0.1 seconds – in the men’s open 4- category, while Louise Shorten, Jade Hellett, Ellie Sadler and Hannah Towns had to settle for fourth in the women’s band two 4- category.

Last but not least, Rob Offord and Russel McIntyre overcame Nottingham rowers on their home water to take second place in the men’s open masters B 2x final, finishing just behind a high-flying RAF crew.

For St Neots lead coach and vice-chair, Jacqui Round, the Nottingham event marked a successful return to regatta racing for the club and offered plenty of encouragement for the future. “We had a really great day with all our crews competing well,” said Jacqui.

“It’s always pleasing to see crews enjoy success after months of training, and all the results in Nottingham have given our rowers plenty to build on as they head into the rest of this year’s regatta season.”