Guide to rowingAll the terms you'll need to be a professional rower.
4 May 2017 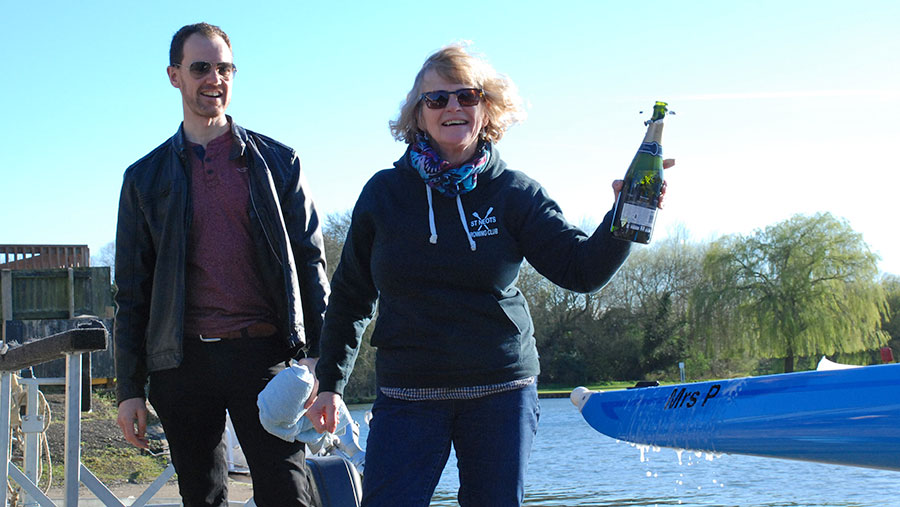 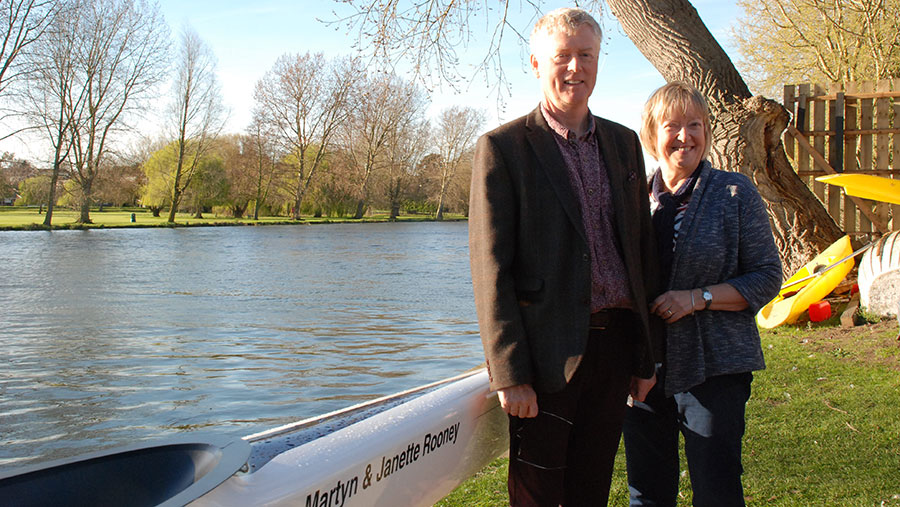 St Neots Rowing Club stalwarts were left feeling ‘surprised’ and ‘honoured’ when the names of two new boats were revealed.

The club named a single and an eight at a ceremony in March, adding to the three boats that were bought and named at a similar ceremony last year. The people in question joined other members to watch the ceremony – but had no idea the boats were being named after them.

First up was the single, named ‘Mrs P/Mrs F’ after Sarah Fairburn (pictured above with son Ed Porteus) . She has been involved in all aspects of the club for many years, from rowing and coxing to organising events and keeping ever-hungry juniors fed at regattas. For years she has been known affectionately as Mrs P, in reference to her previous surname, Porteus. But after re-marrying last year it was decided the boat should honour her current and her previous names.

“What a surprise!” said Sarah after the ceremony. “I thoroughly enjoyed my time rowing for the club and supporting it over the years, so for the club to name a boat after me shows it values my contribution – and that feels just a bit special.”

St Neots has a tradition of naming eight boats after couples, and on this occasion chose to honour Martyn and Janette Rooney (pictured above).

Martyn has enjoyed considerable success as a rower and a coach since he first joined St Neots Rowing Club in 1977. Janette has been at his side all the time, supporting Martyn and the many rowers who have benefited from his coaching, while at the same time playing crucial roles in many club activities away from the water, including regatta food organising, race marshalling and working on the club’s social committee.

“I want to thank the club for the honour, which I am happy to accept as it is shared with the many years of hard work that Janette has put in,” said Martyn. “I have held most of the club’s positions over the past 30-odd years and seen a lot of development and growth. I am particularly pleased to see new members picking up the club’s management and wish everyone further success on and off the water.”

“Martyn, Janette and Sarah were obvious choices when deciding names for these new boats. All three continue to be a credit to the club and fully the deserve the honour.

“I must also thank Mick Staddon, who organised the boat naming ceremony. He had to employ clever cloak-and-dagger tactics to get the right people in the right place at the right time – while keeping the names a tightly guarded secret.”