Guide to rowingAll the terms you'll need to be a professional rower.
11 March 2016 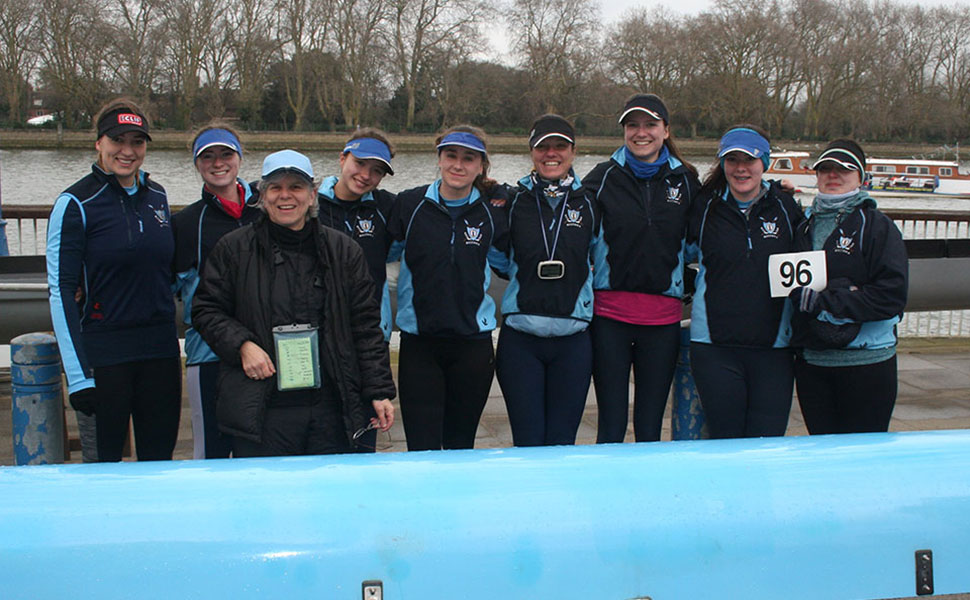 A crew from St Neots Rowing Club came within a whisker of winning at this year’s Women’s Head of the River Race, on the Thames in London.

Competing over the world-famous four-and-a-quarter-mile Boat Race course, from Mortlake to Putney, the ladies were up against crews from much larger clubs all over the UK and even a sprinkling of international rowers.

Louise Shorten (s), Olivia Hooper, Tash Holdaway, Jade Hellett, Jaione Echeveste, Mia Hartwell, Kat Harris, Ali Young (b) and Martine Kushner (cox) finished in 22 mins 29 secs. That placed them 173rd overall out of 320 crews – 54 places higher than the club’s previous Head of the River performance in 2013 – and fifth in their intermediate category for small clubs, which they could have won but for a freak storm.

“Unfortunately we were in the wrong place on the river at the wrong time,” said club women’s captain, Jaione Echeveste. “It was bright and sunny at the start, but we hit a wall of wind, waves and hailstones half-way down the course. It only lasted a few minutes but it added several valuable seconds to our time.

“We finished just 43 seconds behind our category winners, but it would have been a lot closer if we hadn’t been hit by the storm.

“It was the first time on the Thames in London for half the crew and it really was a fantastic day. Everyone performed exceptionally well and delivered despite the conditions. I feel very proud of all of them.

“I would like to thank Martine for her exceptional coxing skills, and Dominie Clarke and Ali Brown for their support. The performance also gives us something to build on as we prepare for regattas this summer.” 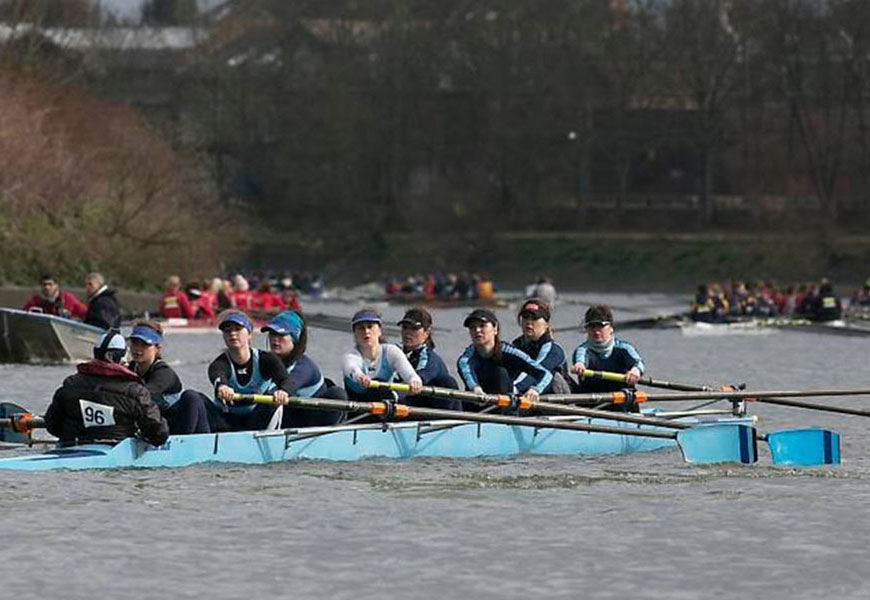 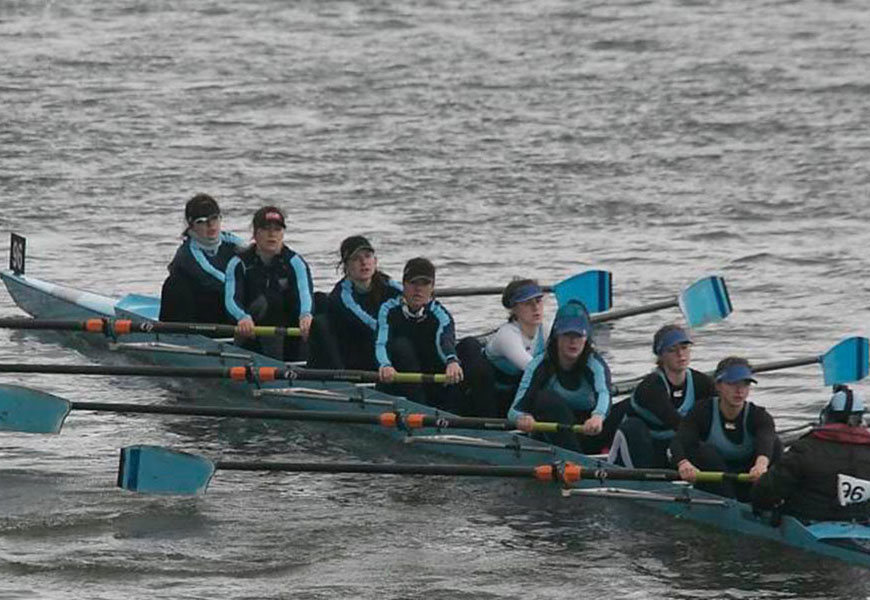