Guide to rowingAll the terms you'll need to be a professional rower.
22 July 2015 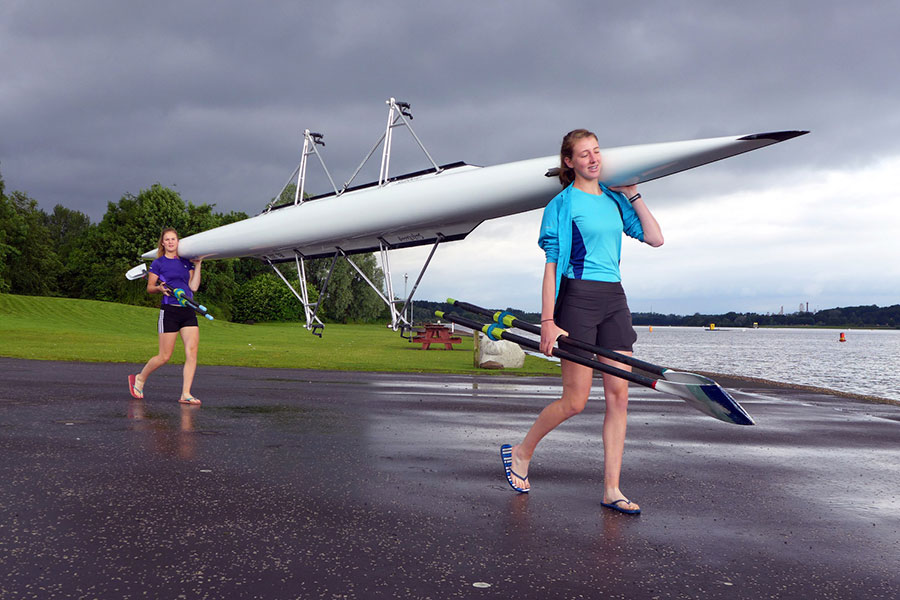 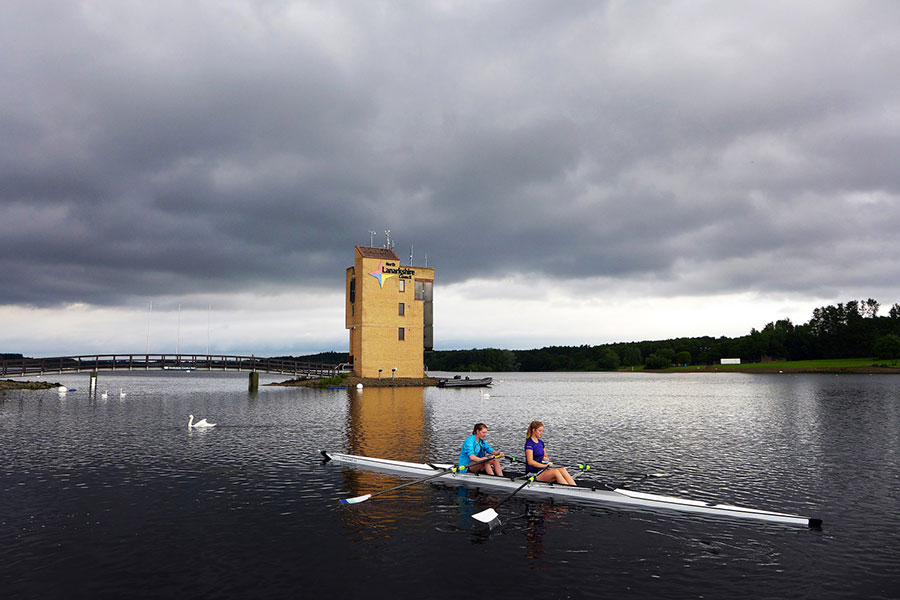 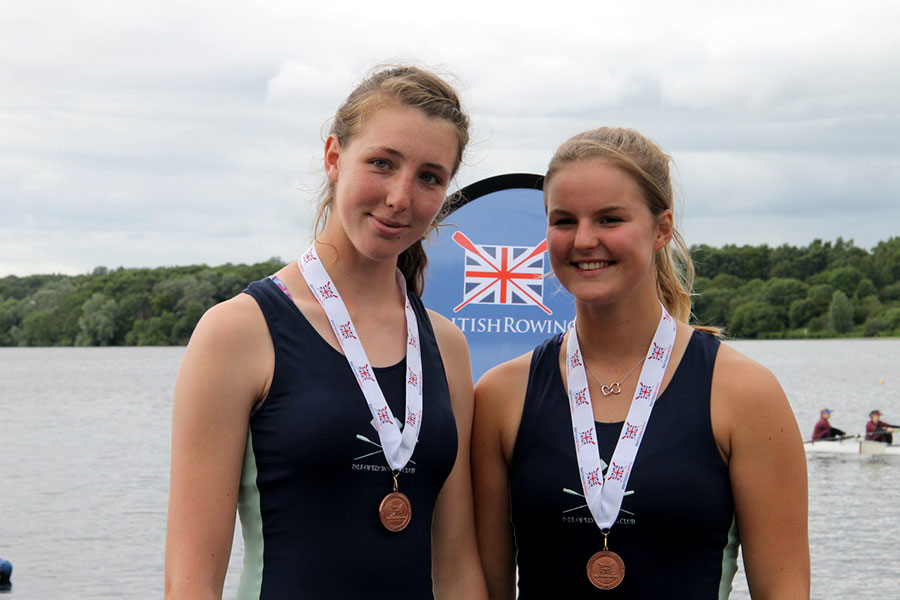 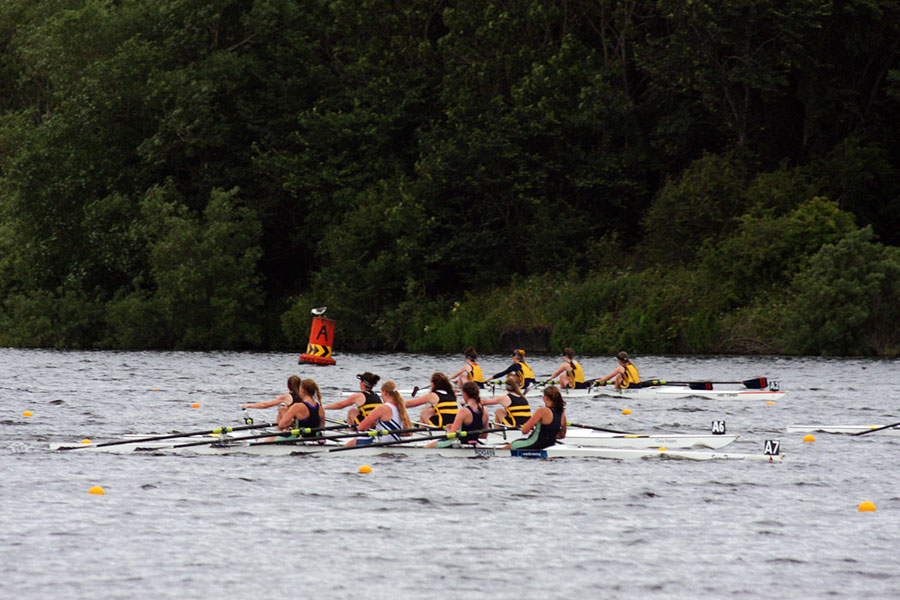 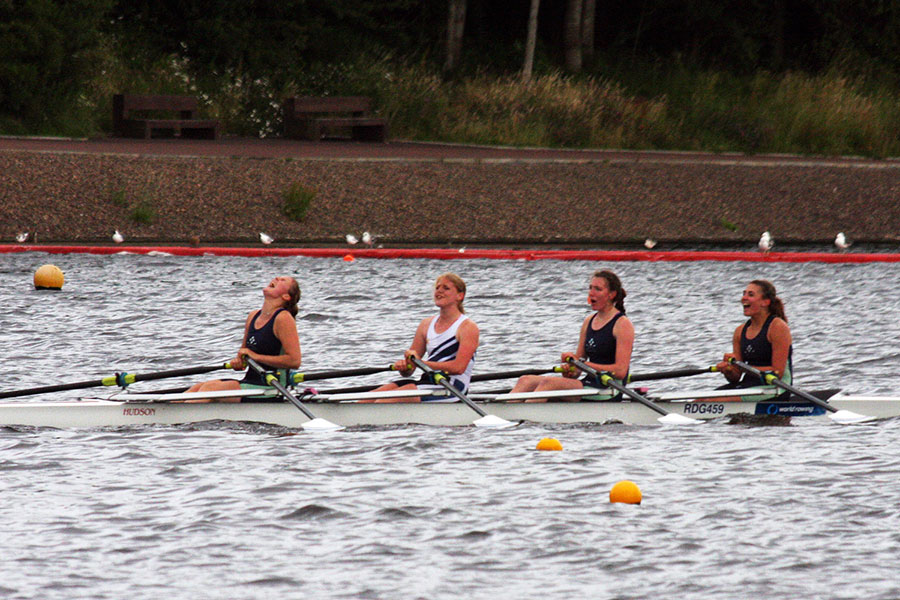 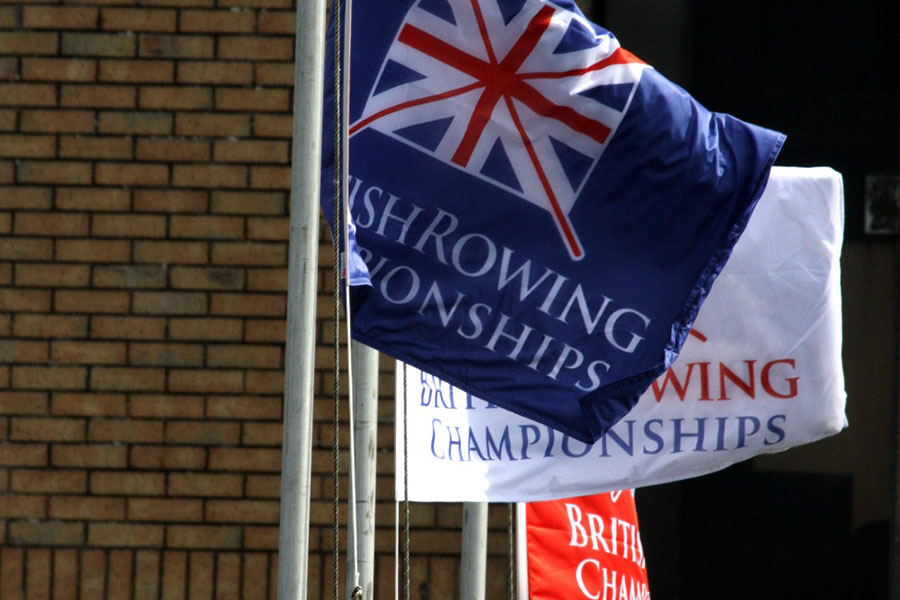 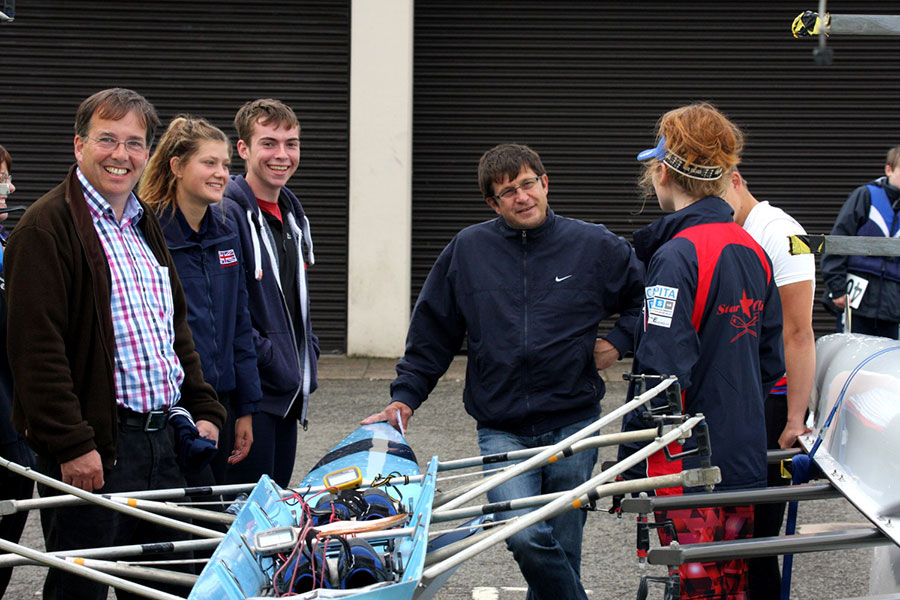 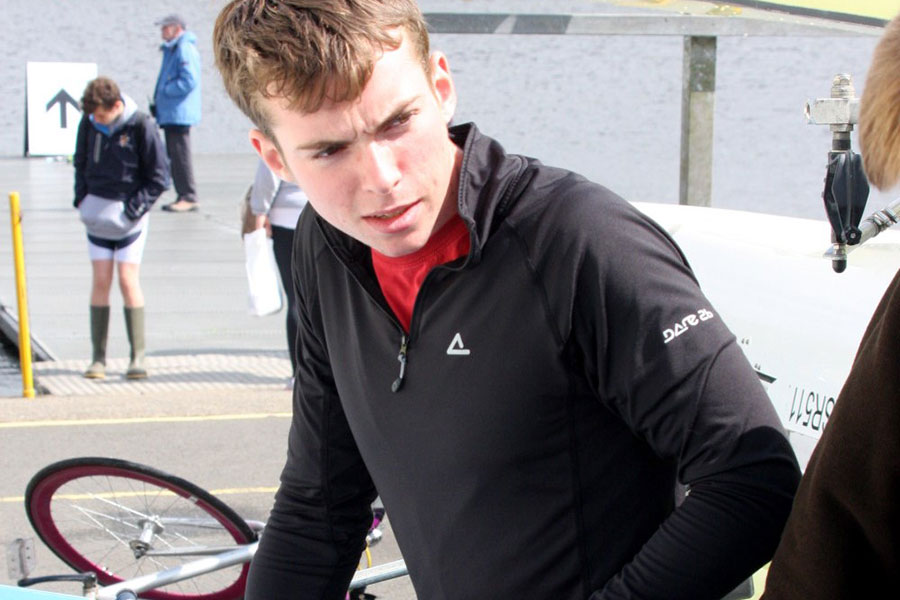 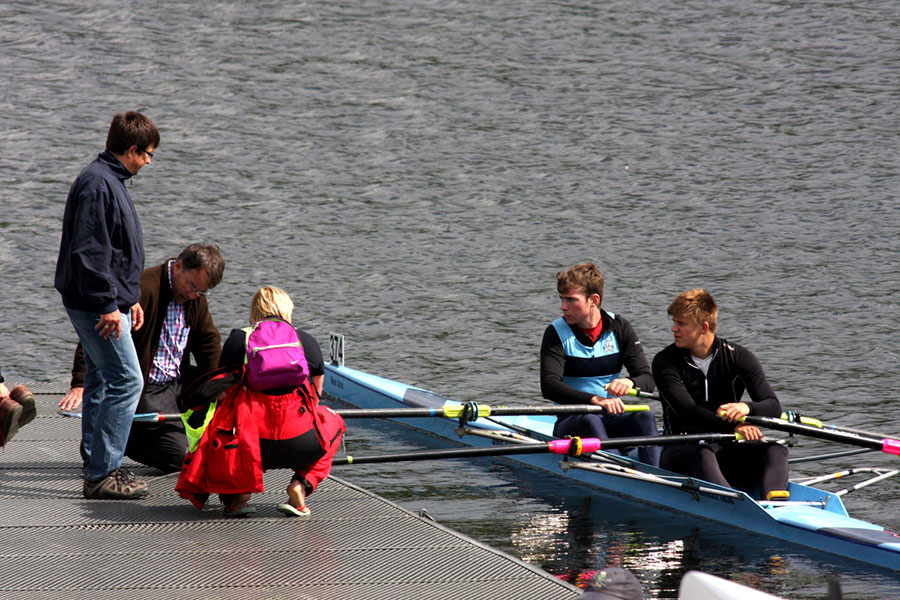 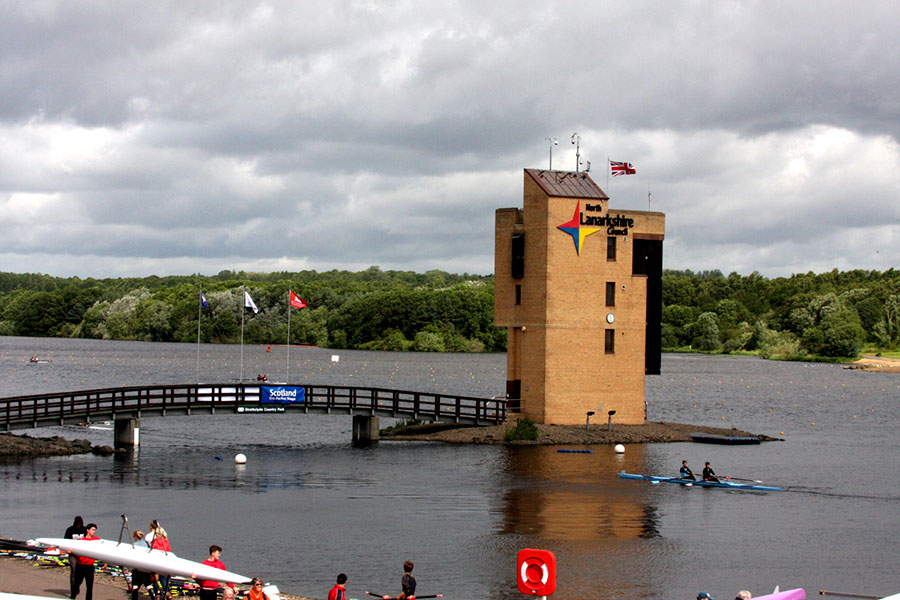 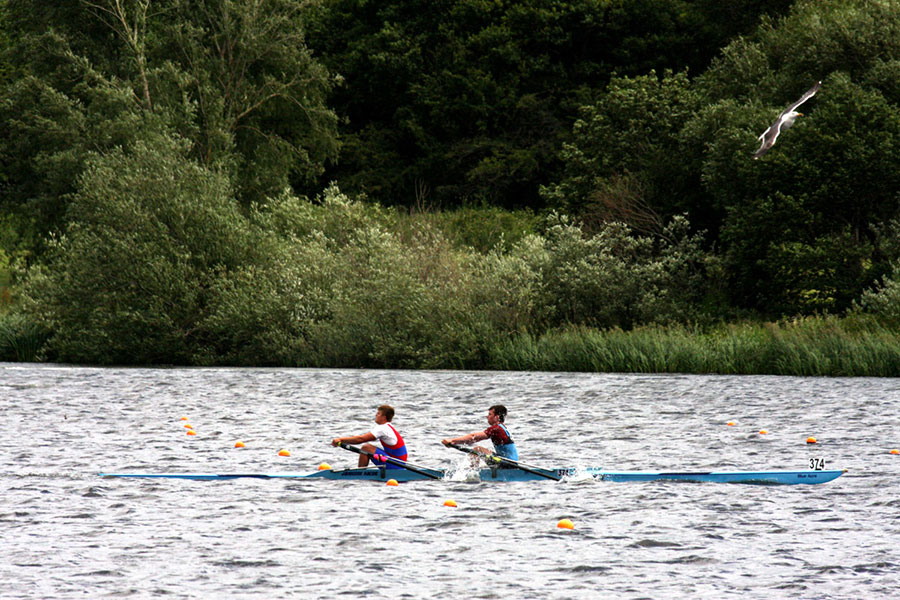 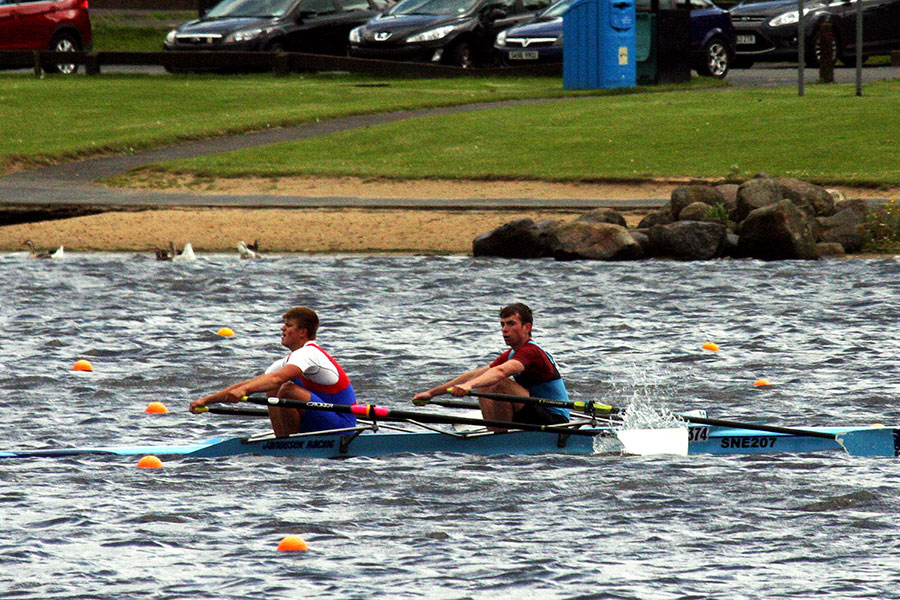 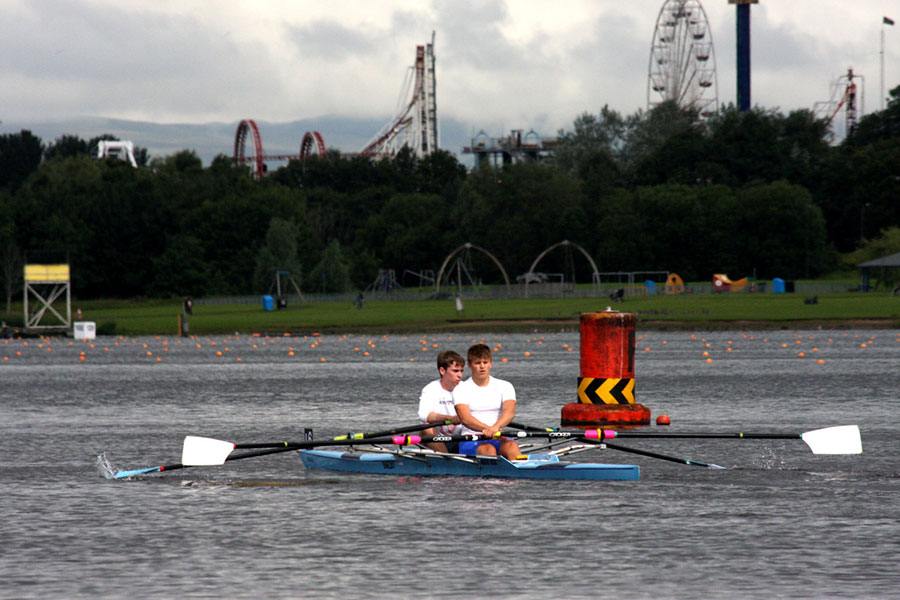 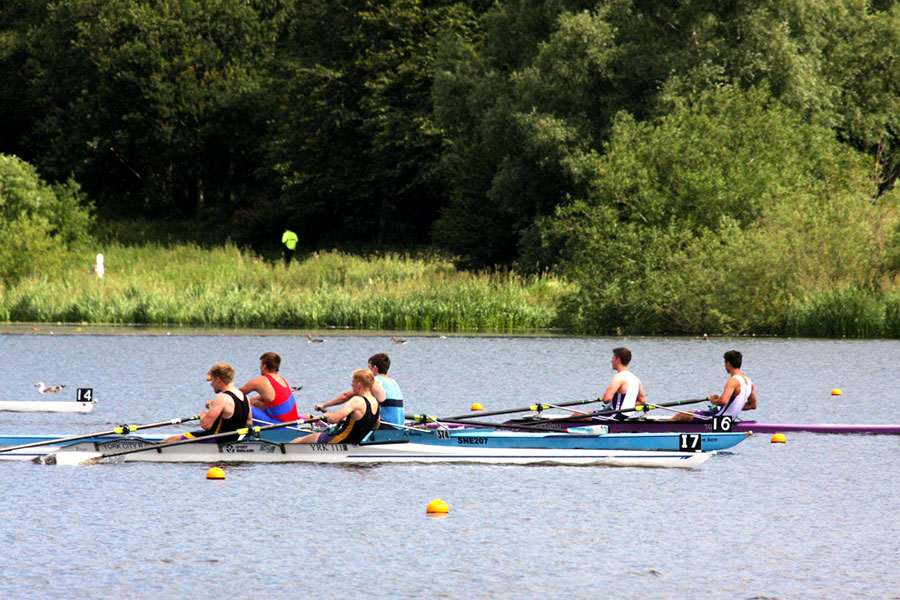 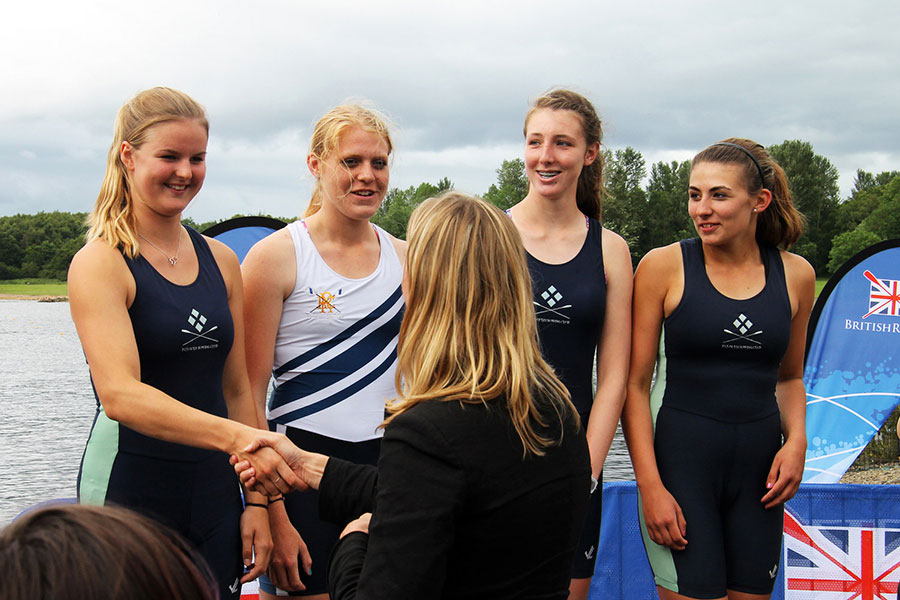 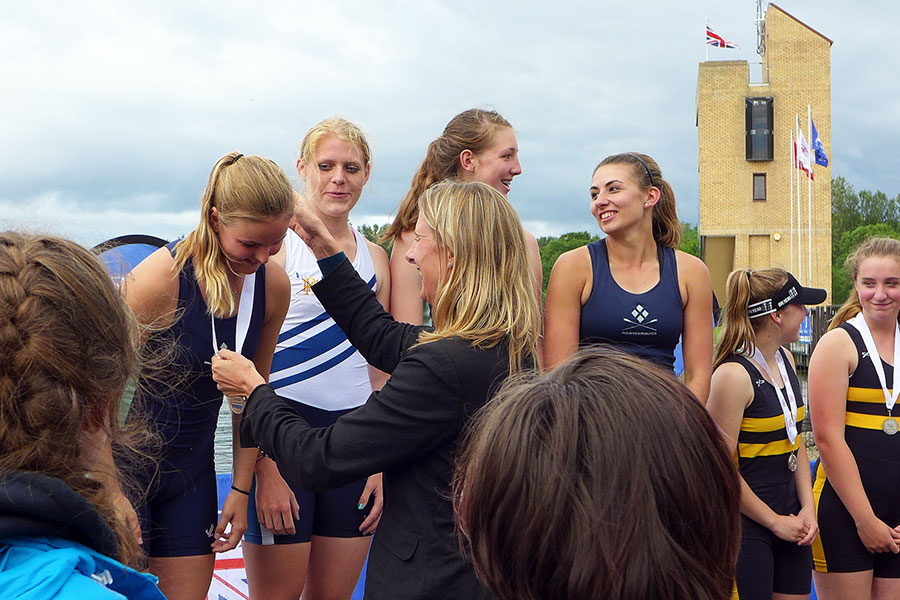 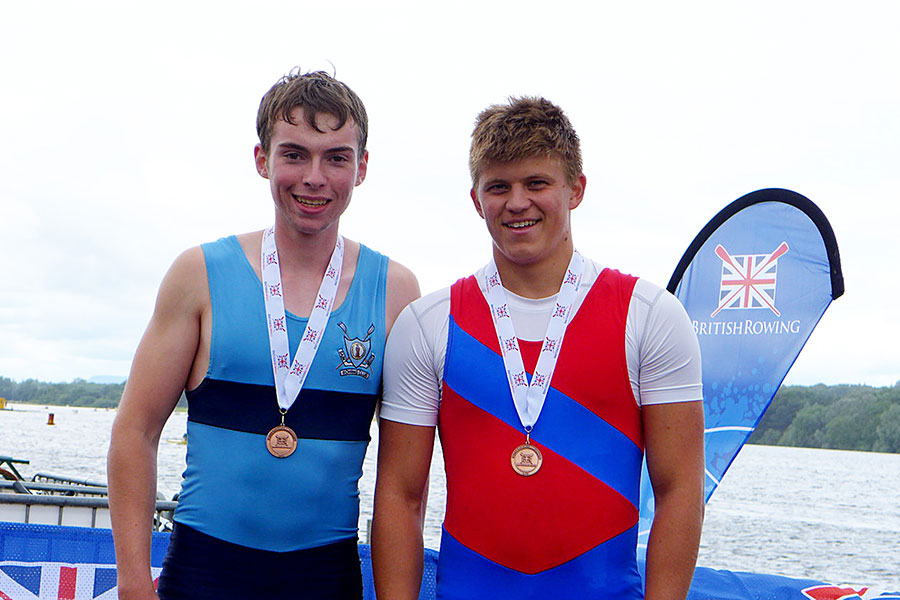 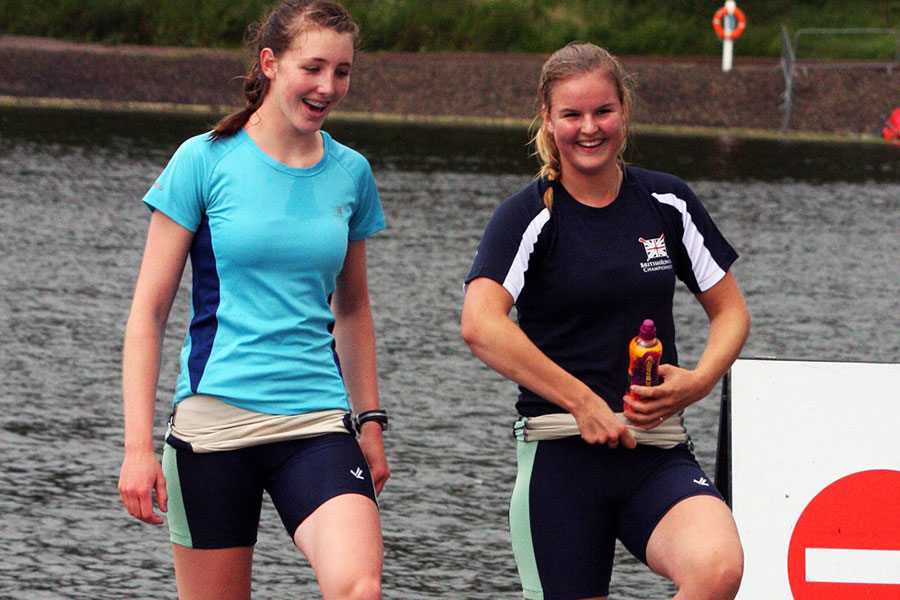 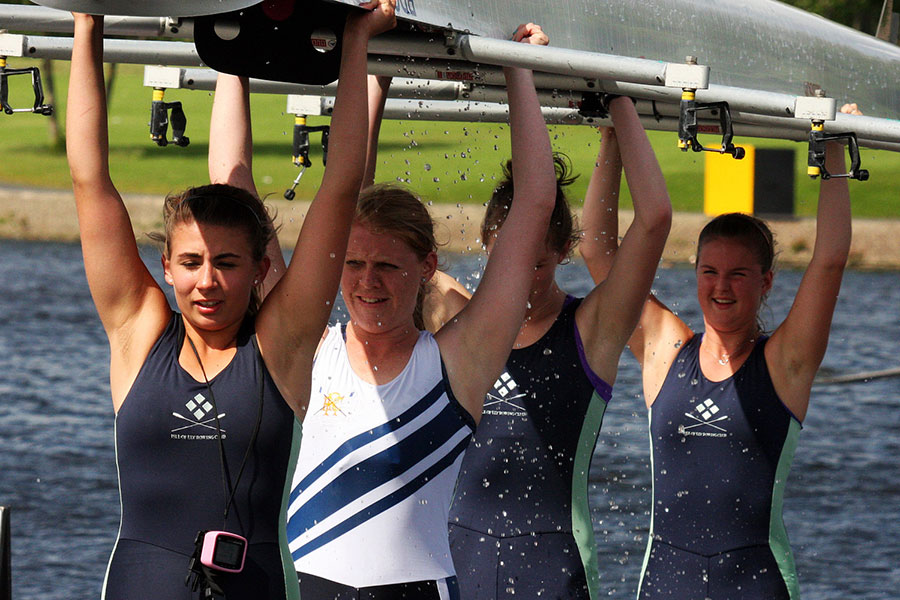 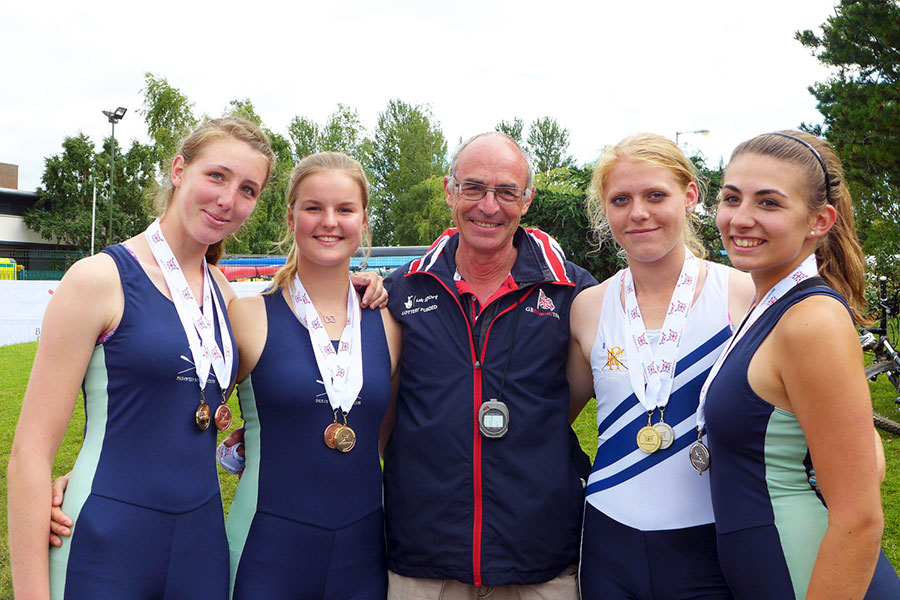 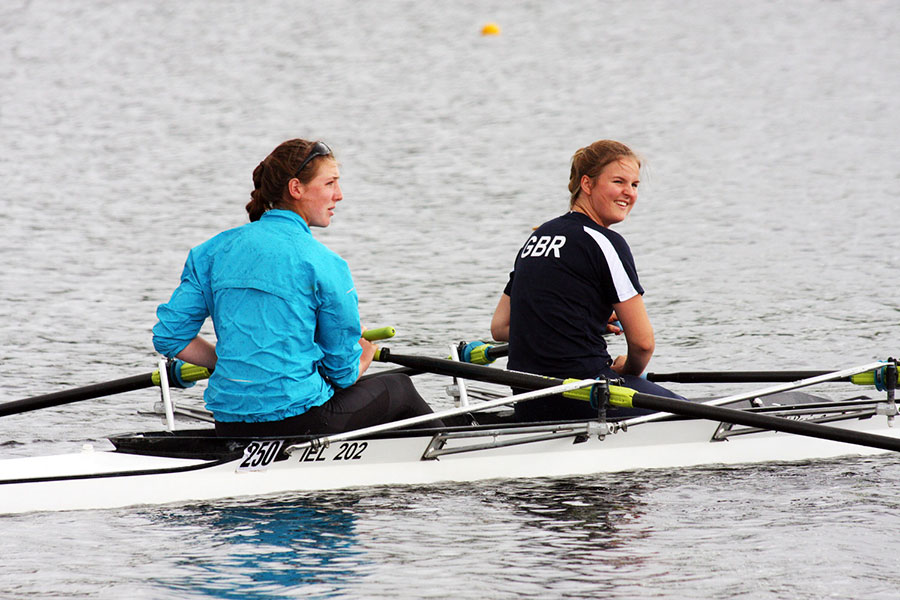 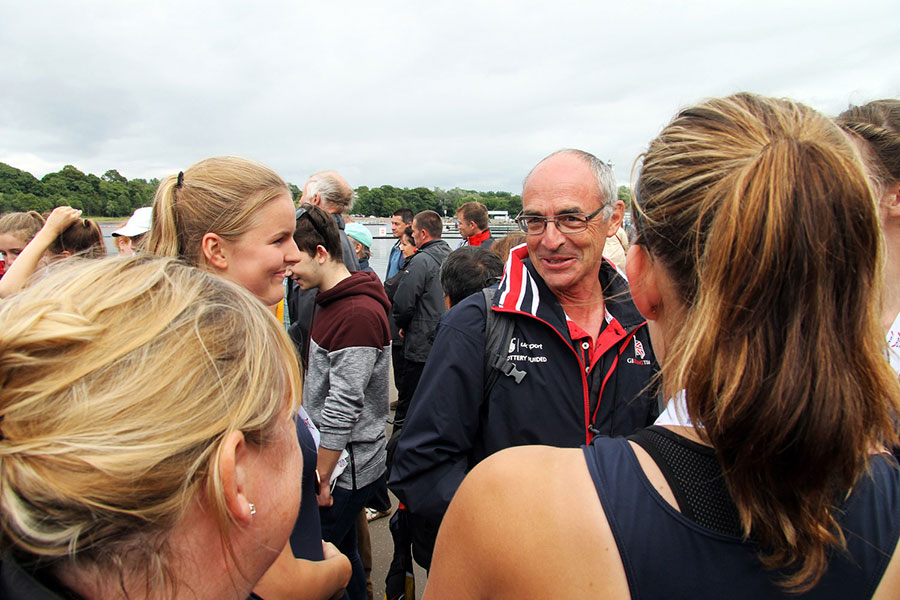 Two St Neots Rowing Club junior members made the 300 mile journey north to take part in the British Rowing Junior Championships in Strathclyde near Glasgow on the weekend of July 18th– 19th. The event which is contested by around 1,500 of the top junior rowers from all over the UK, includes singles, doubles, pairs, quads, fours and eights. Both St Neots Rowing Club members came away with medals.

For the event, Fergus teamed up with his regular rowing partner Josh Davies of Huntingdon Rowing Club to contest the under 18 men’s double scull category while Kate, who is part of the GB Start programme based out of Ely Rowing club got together with GB Start rowers to take part in the women’s under 16 double scull and quad scull categories.

The format for the event kicked off with ‘Processional’ 1,600 meter time trials. In their time trial on the Saturday, Fergus and Josh battled high winds to post the third fastest time of the day, which gave them a semi-final place on the Sunday morning. Meanwhile Kate who had opted to race in the double and quad scull categories was faced with one time trial in the double in which she and Rebecca placed fourth overall. In the quad Kate, Rebecca, Feryja and Molly faced a straight semi in which they came first, securing themselves a place in the A final on the Sunday.

For their semi final, Fergus and Josh lined up against scullers from York, Glasgow Academy as well as a number of composites. In a very hard fought and close race, the St Neots/Huntingdon pair were bowball to bowball with the duo from York, finishing second, just one second off the winners from York Rowing Club.

In the final of the OJ2x, Fergus and Josh got a good start holding joint first with Claire’s Court until 500 meters, then the crew from Glasgow pulled clear by about 4 lengths by the 1,000 meter mark. The remainder of the race saw Glasgow Academy hold their lead while Claires Court edged ahead of Fergus and Josh. Result, Glasgow Academy took gold, Claire’s Court School took Silver and Josh and Fergus took the Bronze medal.

In the quad scull Kate, Rebecca, Freyja and Molly got a slightly slow start, with the crew from Lea Rowing Club powering into an early lead which they held to the 1000 meter marker. At this point in the race the GB Start crew were able to maintain their rate and out pace the Lea quad who were by now falling into the clutches of the crews from Norwich and Avon County RC. As The Start quad pulled away with 500 meters to go, the battle for second and third went down to the wire. Result, Kate, Molly, Freyja and Rebecca won the gold medal, silver went to Avon County and Bronze went to Norwich who pipped the early leaders Lea by one second.